Close up of Arreau, Hautes-Pyrénées 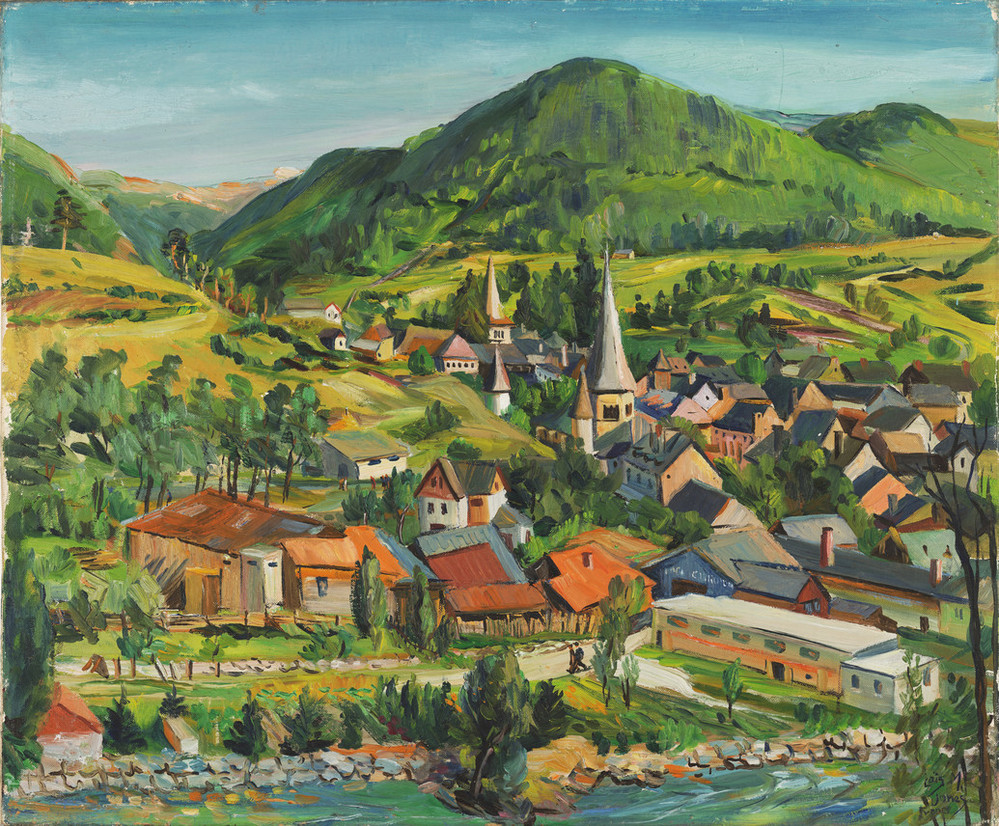 Like many African American artists who traveled to France in the late-19th and early-20th centuries, Loïs Mailou Jones was thrilled at the country’s racial tolerance, so different from her reality in the United States. She first went to Paris in 1937, while on sabbatical from Howard University, to study at the Académie Julian. Jones returned regularly and summered in France annually from 1946–1953, often visiting French artist Céline Tabary (1908–1993), a lifelong friend.

Jones rendered Arreau, Hautes-Pyrénées on one of her summer sojourns in southwestern France.  Her portrayal of the picturesque village nestled in a valley evokes landscape paintings by Paul Cézanne, a stylistic influence she acknowledged. Jones’s brushstrokes, though loosely applied, define the structure of buildings and topography clearly. The intense contrast of oranges and greens, also reminiscent of Cézanne, lends visual vibrancy to the peaceful scene.

Jones received an award for this work (originally titled Petite Ville-Hautes-Pyrénées) from Washington, D.C.’s Corcoran Gallery of Art in 1949.