Close up of Floating Nightgown 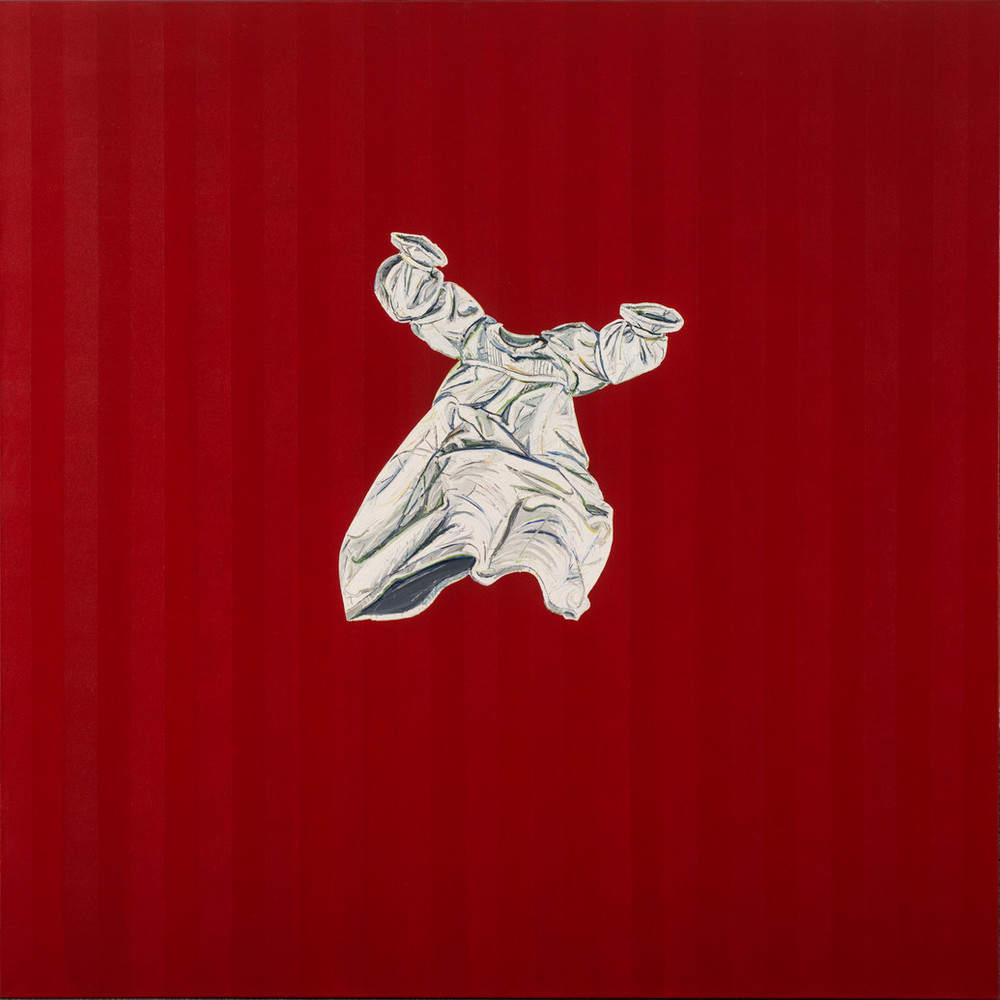 Floating Nightgown, like many early works by Julie Roberts, alludes to a human presence without rendering the body specifically. Her precise portrayal of the garment, together with her handling of line and shadow, evokes the movement and shape of the human form. The thick application of paint in this central image contrasts to the smooth, structured background where subtle stripes add variation to an otherwise unmodulated field of red.

This painting extends a series Roberts began in the early 1990s, which featured solitary medical apparatuses floating in the center of a monochromatic background. Each piece of clinical equipment can function as tool to manipulate, restrain, or harm the human body. As a child, the artist created her earliest drawings of such implements while at the nursing home where her mother worked. She pursued this interest further as an art student by sketching at locations such as the Glasgow Royal Infirmary.

Though these medically inspired canvases garnered attention for Roberts, the increasing demand also forced her to move in a new direction as an artist. She said,  “I didn’t just want to churn out blue paintings with sheets on them for people. I’d done enough—it was making me feel ill. So I went off into the unknown really, I just cut loose.”

Julie Roberts explores the vulnerability of the human mind and body in meticulously rendered paintings that are simultaneously cool and disquieting.
View Profile