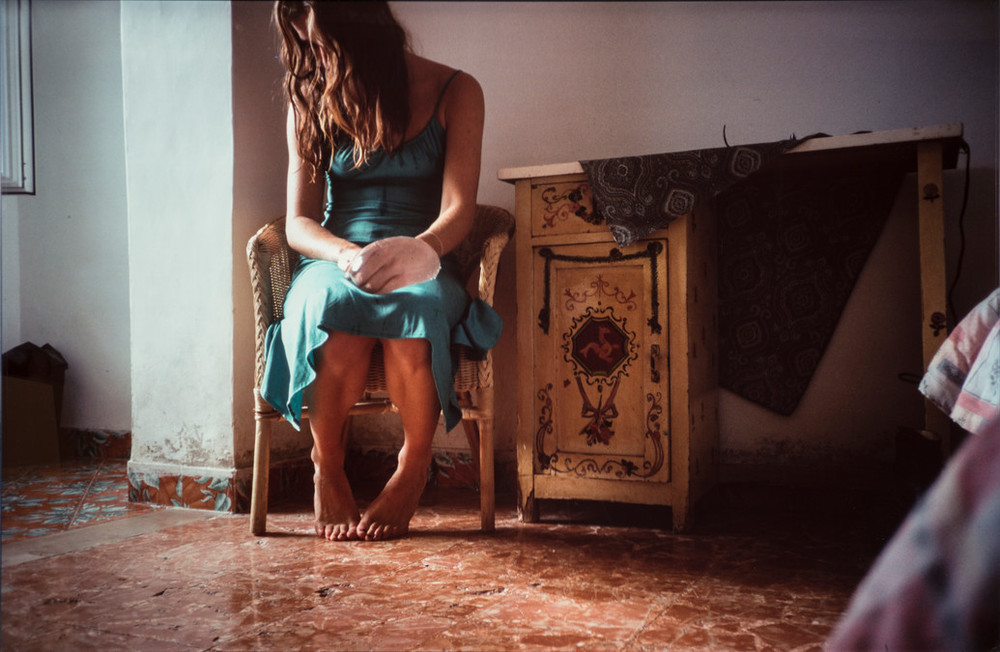 Janaina Tschäpe’s namesake is an Afro-Brazilian water goddess, and aquatic themes recur throughout much of her art. Tschäpe created this photograph while she developed her video He Drowned in Her Eyes as She Called Him to Follow (2000), her imagining of the experiences of a mermaid brought ashore in a fisherman’s net, only to wander about in a dreamlike state.

Tschäpe used creative costuming to present her mermaid as an illusory or fantastical being. In addition to an ocean-blue-colored dress, the woman wears a water-filled latex balloon over her left hand, signifying that she is partly made of water. Reflecting on the desire for constant metamorphosis, Tschäpe often features models wearing colorful biomorphic costumes with appendages made from fabric, water-filled latex, or inflatables, likening them to imaginary or mythical creatures. 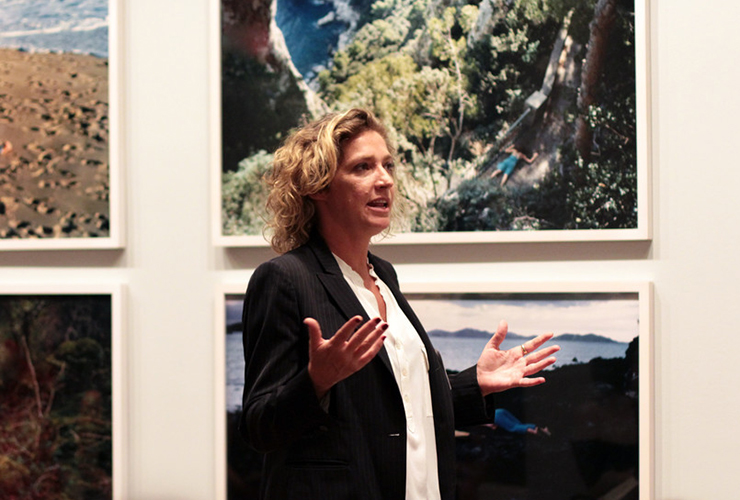