Close up of Magnetic Fields 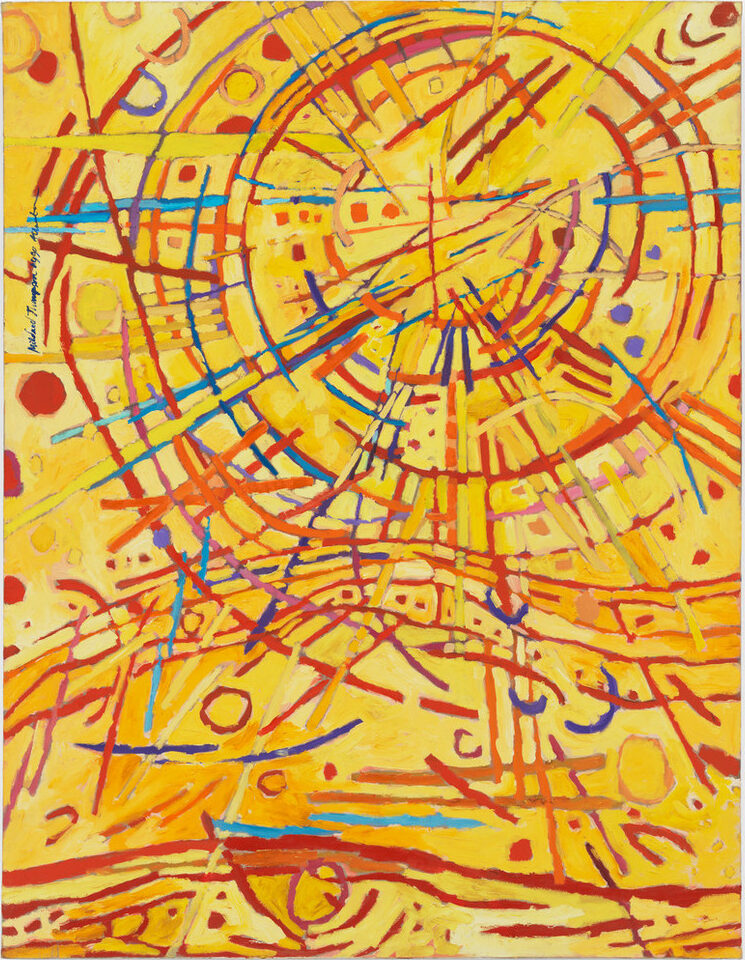 Mildred Thompson began her series of “Magnetic Fields” paintings in the early 1990s following her permanent move back to the U.S. after spending much of her career living abroad. This painting, like the whole series, reflects Thompson’s creation of a personal visual language to depict phenomena and effects not visible to the naked eye. Thompson studied quantum physics, cosmology, and theosophy. Through her art, she sought to connect scientific knowledge and metaphysical philosophy.

In this version of Magnetic Fields, the composition exudes a frenetic, pulsating energy thanks to Thompson’s command of color theory. Combinations of vivid yellows, reds, and blues create visual vibrations that suggest the centripetal and centrifugal forces of these fields. Thompson’s color choices imbue the composition with an emotional exuberance that complements its scientific inspiration.

Thompson’s interest in scientific phenomena and theories ran counter to critics’ expectations for subjects addressed in the work of Black artists. Because of this, her art was chronically overlooked by critics, galleries, and museums during her lifetime.

Mildred Thompson was an abstract artist who worked across a range of mediums.
View Profile 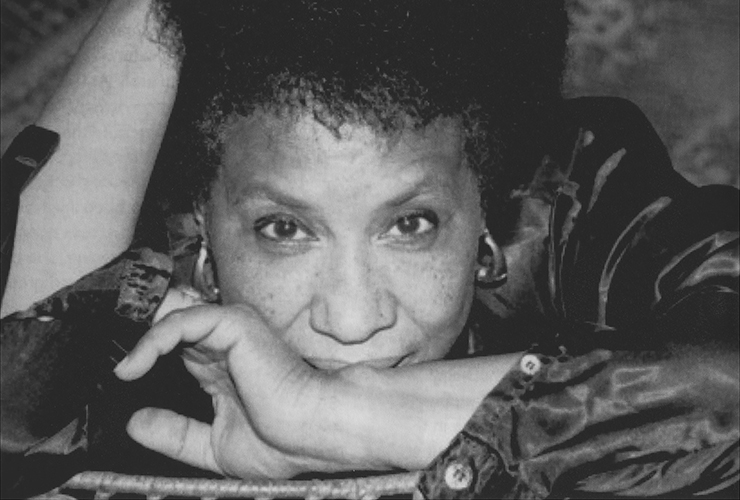