Close up of Jar 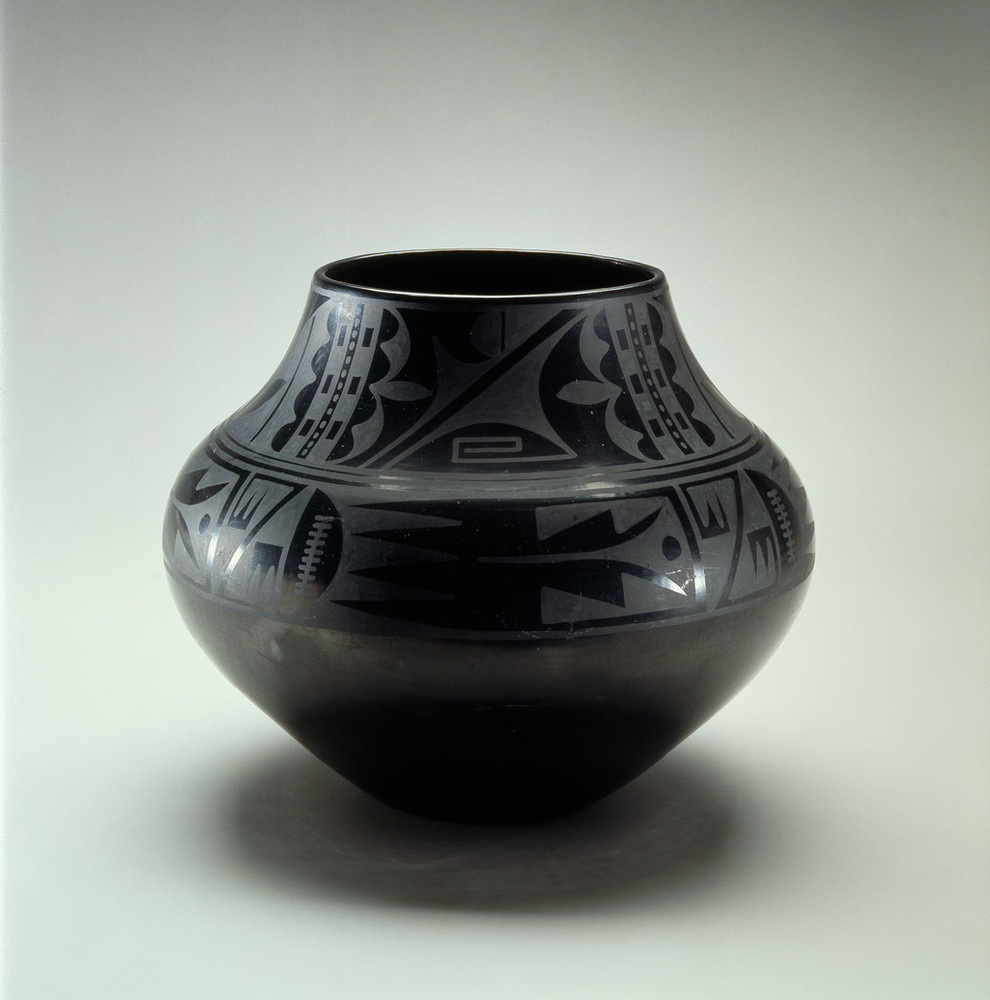 Maria Martinez made this jar by mixing clay with volcanic ash found on her pueblo and building up the basic form with coils of clay that she scraped and smoothed with a gourd tool. Once the jar had dried and hardened, she polished its surface with a small stone. Her husband Julian then painted on the design with liquid clay, producing a matte surface that contrasts with the high polished areas. During the firing process, the oxygen supply was cut off, producing carbon smoke that turned the jar black.

Martinez’s works exemplify a collaborative approach to art. She learned how to make pottery from female family members, worked alongside her sisters (who often painted designs on her earliest pieces of pottery), and subsequently trained three generations of her family in the art form. Martinez and her husband, painter Julian Martinez, developed their distinctive black-on-black designs around 1918. Julian rendered birds and serpents or stylized geometric forms that complement the robust forms of his wife’s pottery. Despite achieving great prominence, Maria Martinez eschewed the Western notion of the isolated artistic genius, stating: “I just thank God because [my work is] not only for me; it’s for all the people. I said to my God, the Great Spirit, Mother Earth gave me this luck. So I’m not going to keep it.”