Close up of Portrait of Costanza Alidosi 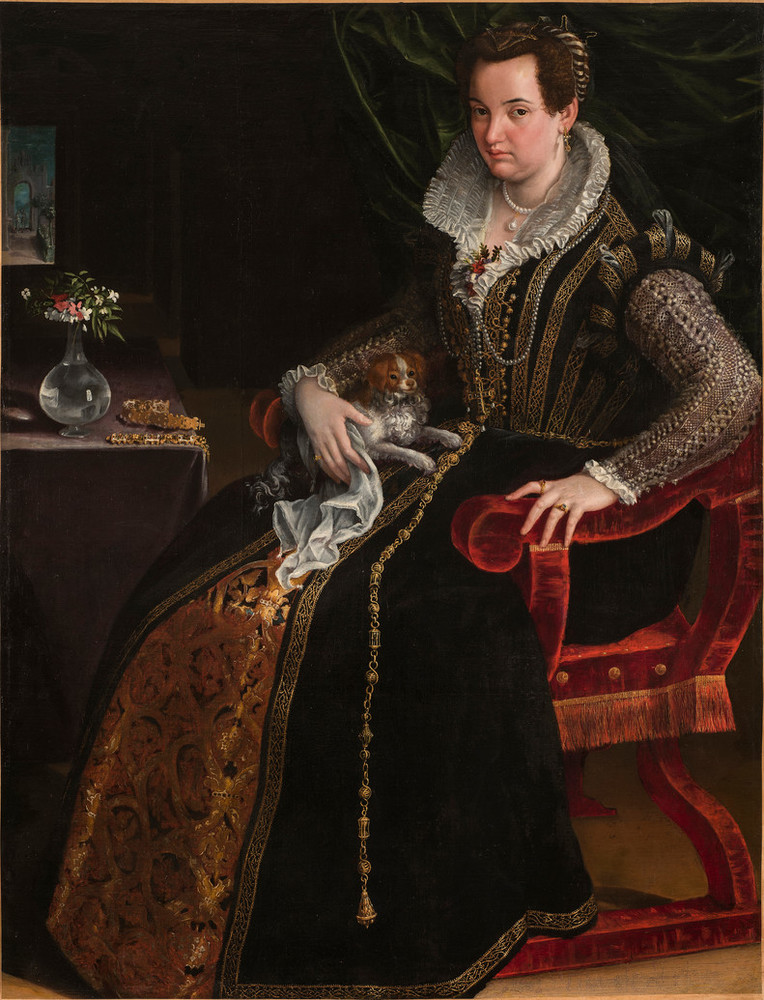 Lavinia Fontana, Portrait of Costanza Alidosi, ca. 1595; Oil on canvas, 62 x 47 3/8 in.; National Museum of Women in the Arts, Gift of Wallace and Wilhelmina Holladay; Photo by Lee Stalsworth

Lavinia Fontana depicted the Bolognese noblewoman Costanza Alidosi seated in a sparsely, yet luxuriously, furnished interior. In the upper left, a courtyard and two open doorways are visible, giving the painting depth and perspective.

The life-size figure of Alidosi occupies the entire height of the painting. Fontana angled Alidosi’s body toward the viewer, simultaneously giving the portrait a sense of intimacy and power. The artist, known for her skill at rendering fabric and jewelry, portrays Alidosi’s dress meticulously, particularly the details of the gold embroidery on the skirt and bodice. Fontana’s talent for depicting textures is evident in the fringe on the red velvet chair and the sitter’s lace collar.

Alidosi was married in 1571 to the nobleman Ridolfo Isolani. As a senator and an associate of the Medici family in Florence, he was often away from home, leaving his wife to attend to business in Bologna. It was most likely during one of these absences that Alidosi commissioned Fontana to paint her portrait, possibly as a display of her power and autonomy. Ridolfo is referenced obliquely: both the dog on Alidosi’s lap and the juniper blossoms tucked in her bodice likely symbolize her fidelity to her husband.

Renaissance painter Lavinia Fontana was commissioned to make not only portraits, the typical subject matter for women painters, but also religious and mythological themes, which sometim
View Profile 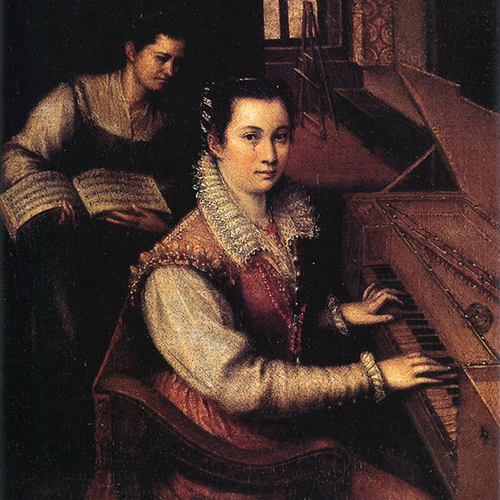