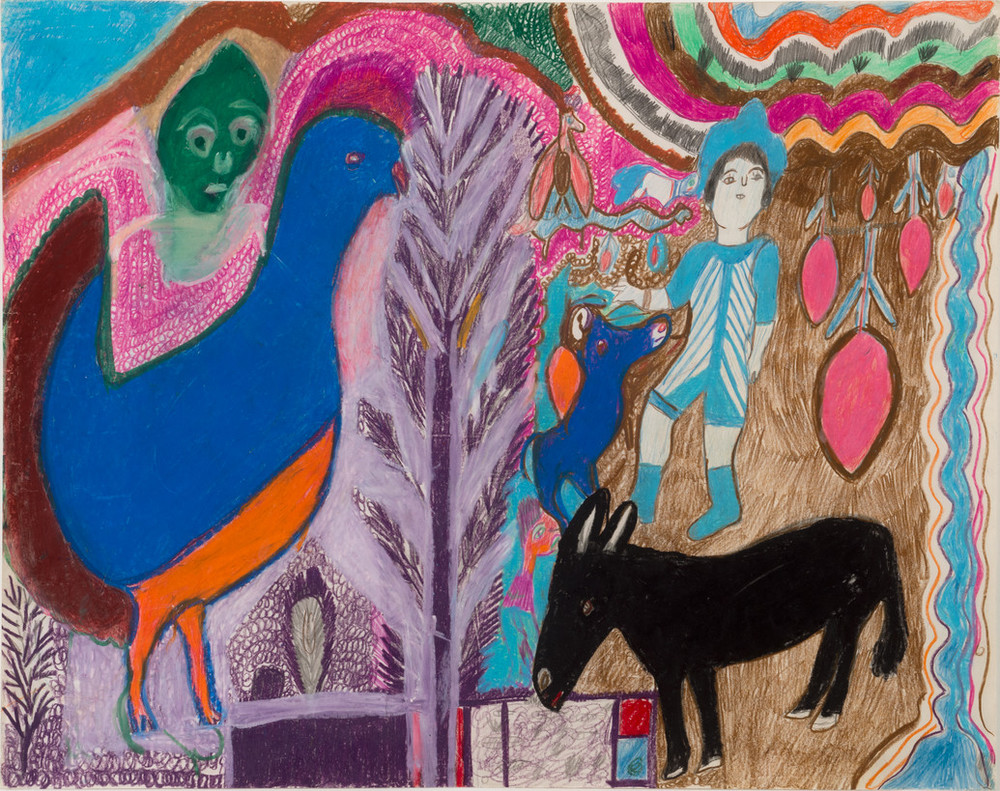 Rowe made this untitled work not long before her death from cancer. She often included a black animal in her late drawings. Although the black mule here may be interpreted as a symbol of impending death, Rowe also considered the mule an emblem of strength and independence. (She had fond memories of two mules, Molly and Mike, who had worked the land on her family’s farm.)

Both the rooster and mule gaze at the purple Tree of Life in the center of the composition. This symbol of fecundity is echoed by the bulbous fruit in the upper right. Rowe sometimes described mystical figures, such as the disembodied green face near the top edge of the drawing as “haints,” a term meaning ghosts or spirits. Finally, the blue river running along the right edge of this image may represent the River Jordan—the site of Jesus’s baptism according to the Bible. It may also reference the process of “crossing over to the other side” when one’s earthly life has ended.