Close up of Samhain Skin 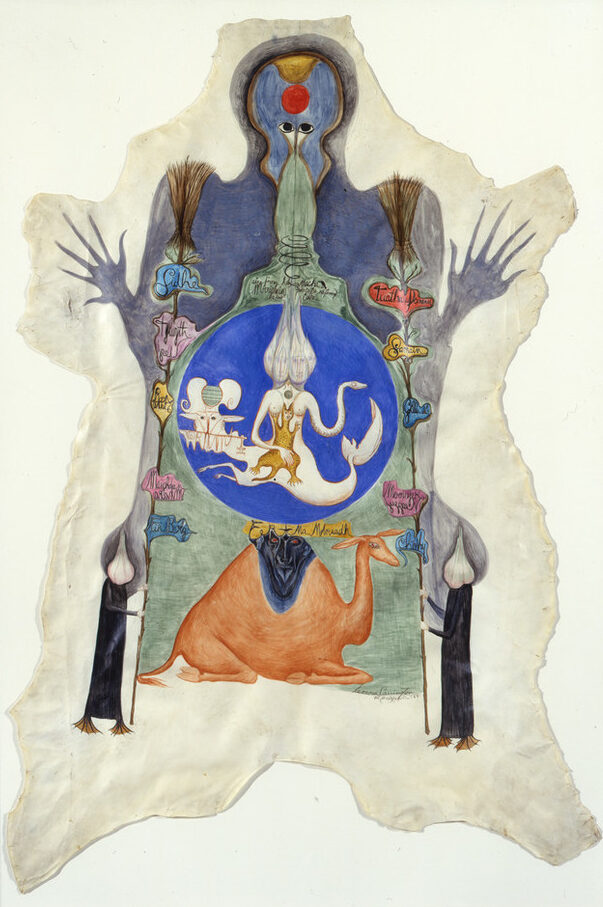 Living in Paris between the world wars, Carrington became an active member of the Surrealist group of artists that included her partner, German artist Max Ernst, and Spanish artist Remedios Varo, who became one of Carrington’s closest friends. After Carrington and Varo both moved to Mexico during World War II, they used their kitchens to explore occult and alchemical practices, working with ingredients found in the local markets, such as the garlic depicted atop the creatures at the edges of Samhain Skin.

Through her paintings and sculptures, Leonora Carrington often explored notions of femininity in the whimsical, dreamlike style of Surrealism.
View Profile 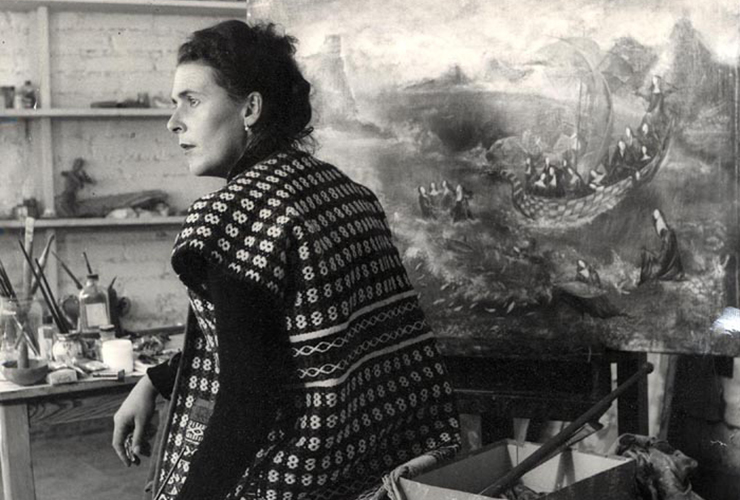