Still Life of Fish and Cat

Close up of Still Life of Fish and Cat 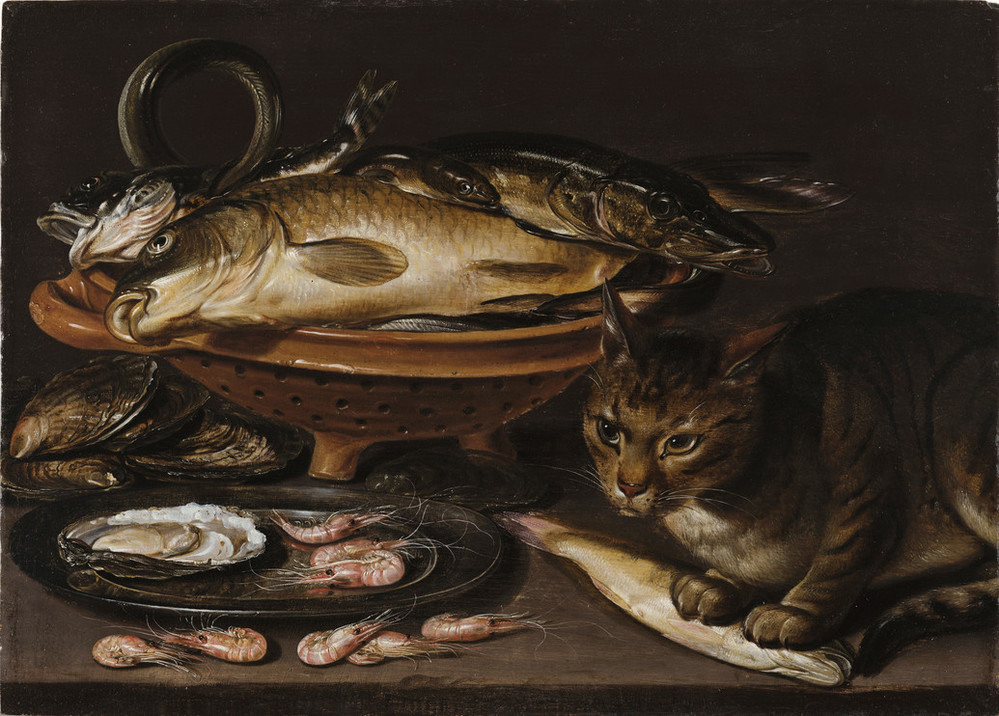 Clara Peeters’s considerable skill at rendering naturalistic texture and detail is on full display in Still Life of Fish and Cat. In this work, she realistically depicted household abundance, without the subtle moral or subtext often associated with still lifes.

The reddish ceramic colander holds several types of fish, including an eel. Its long, slender body forms a prominent loop that adds visual interest to the upper left of this still life. Peeters increased the illusion of space within the picture by including several reflections in the metal dish.

The varied textures of slippery fish scales, thickly glazed clay, cat’s fur, rough oyster shells, and a gleaming pewter dish enhance the sensory qualities of the painting. The cat, with its ears pointed back, stands alert to any potential interloper as it protects its fishy fortune.

A pioneer in the field of still-life painting, Clara Peeters is the only Flemish woman known to have specialized in such pictures as early as the first decade of the 17th century.
View Profile 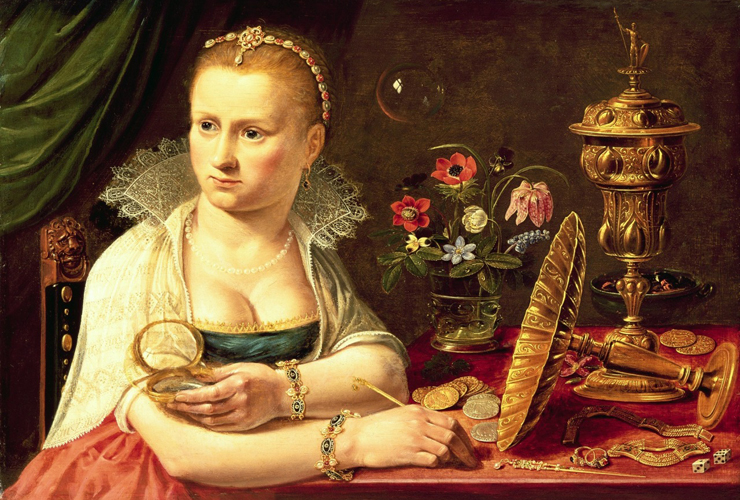