Close up of Swiss Army Book 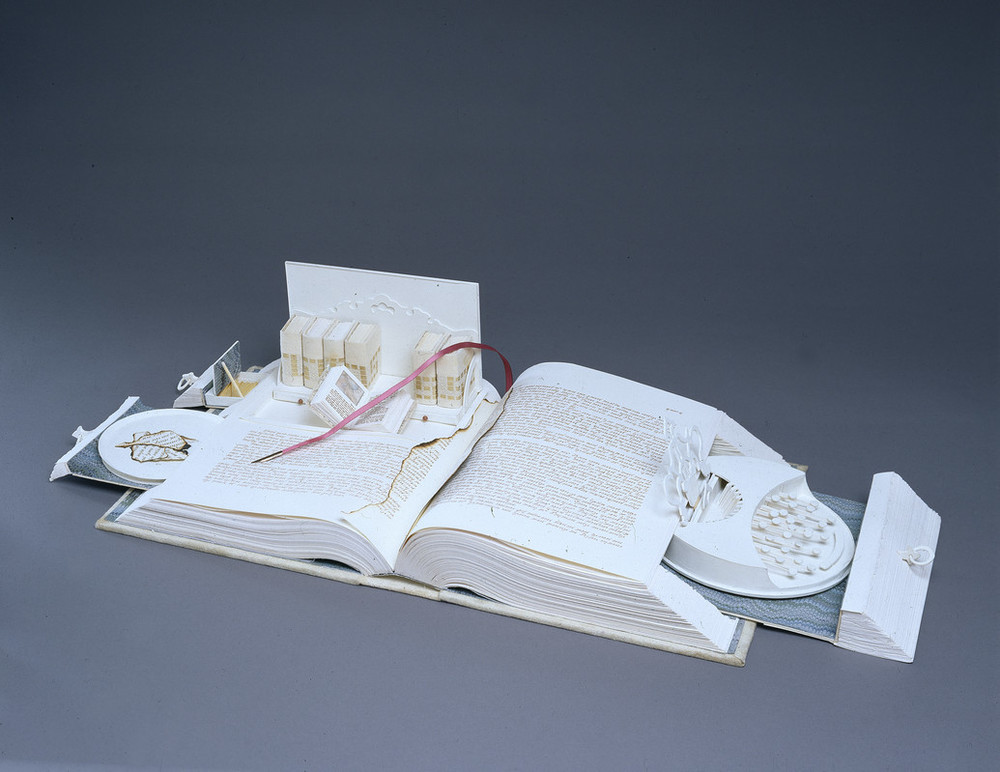 Swiss Army Book was inspired by the Swiss army knife, “a tool so ludicrously elaborate, as to include toothpicks, saws, bottle openers, etc.,” muses artist M. L. Van Nice. She constructed a number of tiny folios growing out of the main body of the book to articulate the idea that knowledge derives from previously accumulated wisdom. Through the display of partly burned pages, the artist demonstrates the fragility and vulnerability of books. Van Nice believes that writing is a never-ending process. To facilitate a rewriting of Swiss Army Book, she provides a handcrafted typewriter and an actual pen nib.

The text in this unique artist’s book is rendered in Van Nice’s meticulous calligraphy of illegible signs. The structure and symbolism of Swiss Army Book challenge the viewer on both visceral and intellectual levels. 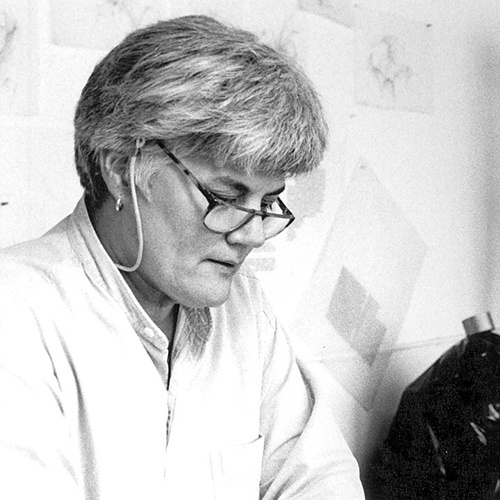