Close up of The Town 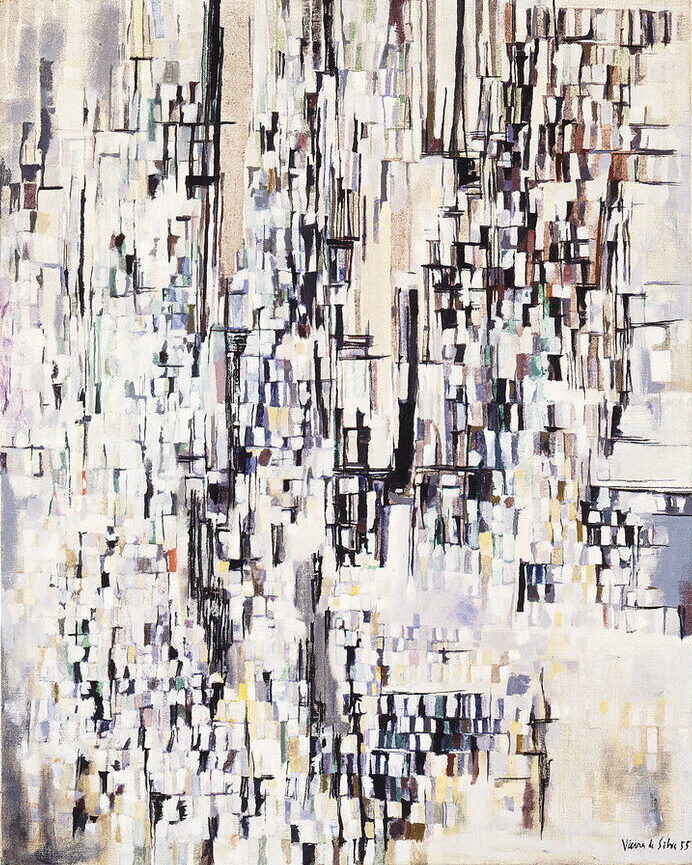 With its irregular and atmospheric grids and brushwork, The Town illustrates the changes that took place in Maria Helena Vieira da Silva’s paintings in the early 1950s. Her early works feature clearly defined squares and rectangles, which are arranged in precise matrices reminiscent of the tilework associated with her native Portugal. But the lines and lozenge-shaped brushstrokes in The Town appear to shimmer and move within the implied pictorial space.

The titles of Vieira da Silva’s paintings—most often referencing cities, seasons, weather, or elements of the natural landscape—suggest that her images are abstractions of particular sights she encountered. In fact, she selected titles only after paintings were finished, often following suggestions made by friends. Vieira da Silva never intended to represent reality. Rather, she sought to add a dimension to temporal experiences. She stated: “I want to paint what is not there as though it existed.”

Vieira da Silva was a leading figure within the field of expressive abstraction in post-war Paris, where she lived and worked for nearly 60 years. She ascribed to a formalistic and highly intuitive painting process, concentrating intently on the arrangement of line, shape, and color.

She began her paintings by creating what she called a “skeleton”: a matrix of lines painted lightly on a white canvas. By studying these marks, she determined what to add next, and each mark required further analysis before another was added. Consequently, Vieira da Silva completed relatively few paintings (usually around 10) each year.