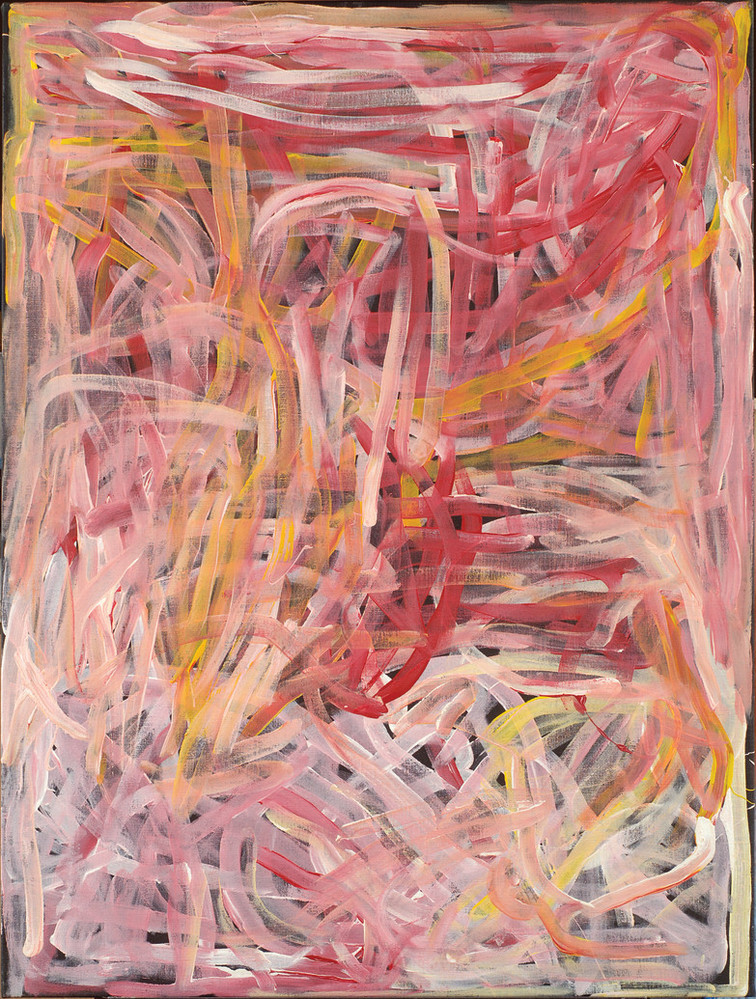 Emily Kame Kngwarreye painted expressive representations of the Dreaming, the English word used to describe the Australian Aboriginal cosmology, which includes narratives about ancestral spirits who created the universe. Like other contemporary painters, Kngwarreye developed an abstract visual language that alludes to these narratives. Many of her works reference the wild yam (kame) Dreaming of which she was a senior custodian within her community’s kinship structure. The web of lines in this painting may represent paths trod by ancestors, natural or spiritual forces, or the twining vine of the wild yam plant.

In the 1970s, many Australian Aboriginal artists were inspired to make fabrics and paintings related to the Dreamings as part of the Land Rights’ Movement through which they sought to reclaim traditional homelands and sustain their culture. Kngwarreye and other women artists worked together in groups and became dynamic forces in the Aboriginal art community. Kngwarreye’s paintings are renowned for their moody, atmospheric appearance. She developed—and often combined—several abstract formats including layered dots, parallel or interlacing lines, and fan-shaped daubs in her favored palette of red, pink, and orange. 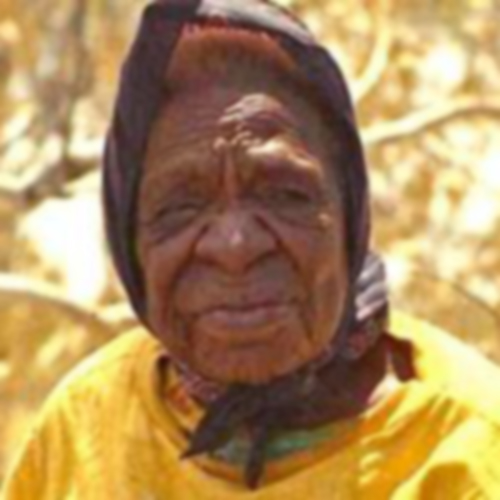