As part of 2013 – Year of Italian Culture in the United States, an initiative organized by Italy’s Ministry of Foreign Affairs and the Embassy of Italy, Washington, D.C., this exhibition presents a selection of 25 paintings and drawings from the Archivio Bice Lazzari in Rome. Lazzari (1900–1981), one of Italy’s most revered modern artists, was discouraged from studying the figure in art school in the 1910s because of her gender. She ultimately became a renowned designer and, in the mid-1930s, turned her attention to abstraction. Using pencil, ink, and pastel, Lazzari drew lines (often over washes of soft color) to form poetic compositions that resemble graphs, maps, and—representative of her lifelong passion for music—musical staffs and notes.

In her artwork Lazzari abandoned the finite world and its forms in favor of free expression of the “non-form,” adopting the informel style, the prevailing movement in abstract European painting in the mid-twentieth century. Rather than painting a particular subject, Lazzari used lines and shapes to invent forms that conveyed particular emotions.

Later in her career, Lazzari further simplified her imagery, drawing or painting grids, lines, rows of dots and dashes, and irregular shapes against a monochromatic background.  Though her marks are exact and rigorous, Lazzari created her compositions freely and drew by hand, maintaining her personal touch. Reflecting her lifelong passion for music, the lines and forms in Lazzari’s compositions create rhythms that interact and make her works come alive, akin to musical notes. Her spare compositions are imbued with lyricism and often whimsy in their combinations of line and color, marking Bice Lazzari as one of the most innovative abstract painters of the 20th century. 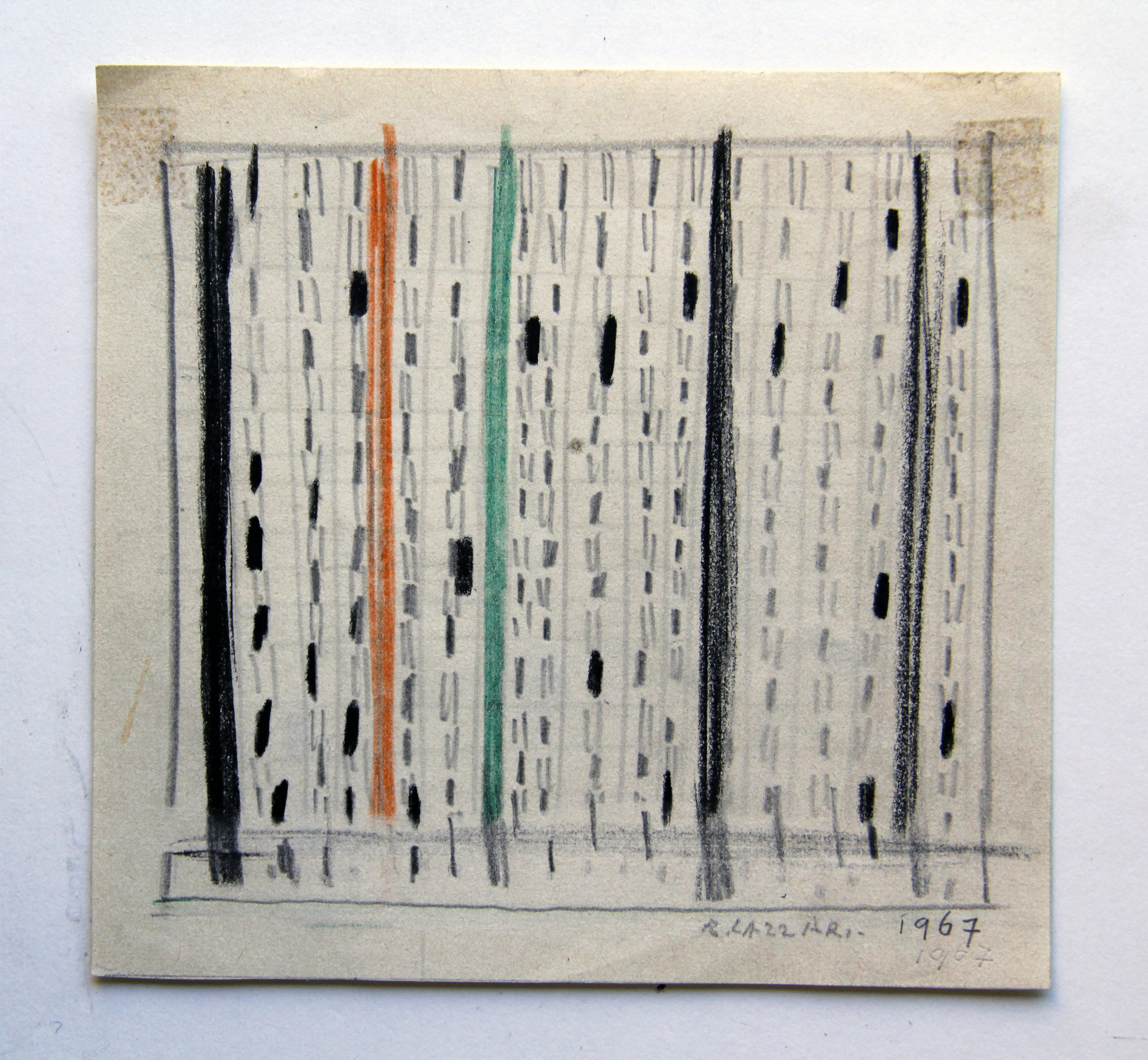 Bice Lazzari: Signature Line is organized by the National Museum of Women in the Arts, in collaboration with the Embassy of Italy, Washington, D.C., and the Archivio Bice Lazzari, Rome, with additional support from the members of NMWA.

The exhibition is presented as part of 2013 – Year of Italian Culture in the United States, an initiative held under the auspices of the President of the Italian Republic and organized by Italy’s Ministry of Foreign Affairs and the Embassy of Italy in Washington, D.C., with the support of the Corporate Ambassadors Eni and Intesa Sanpaolo.