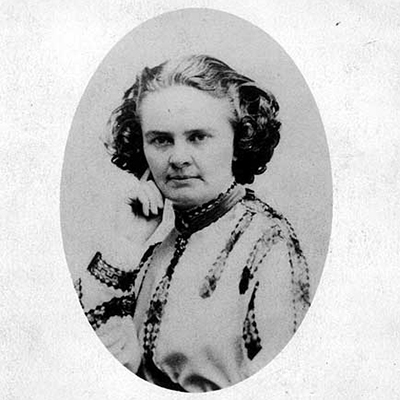 Born in Watertown, Massachusetts, and raised from a young age by her widower father, Hosmer had an unconventional upbringing. Her father encouraged her physical activity, outgoing personality, and artistic interests.

In an era when social strictures denied most women access to anatomy classes, Hosmer moved to St. Louis for private lessons at Missouri Medical College. Soon after, she traveled to Rome and entered the studio of renowned sculptor John Gibson, where she could study from live models—also a rare opportunity for women artists of the day. Little wonder that her mastery of anatomical proportion and expressive contours made her a leading sculptor of her day.

In addition to life drawing, Hosmer studied the works of classical antiquity. She preferred Neoclassical idealism to more naturalistic trends and rendered mythological and historical figures, such as Oenone, Beatrice Cenci, and Zenobia, Queen of Palmyra, with nobility and grandeur.

Hosmer lived the majority of her adult life in Rome, establishing her own studio there in the 1860s and returning to the U.S. only in the 1880s. She developed close friendships with prominent literary and artistic expatriates in Rome, including Robert and Elizabeth Barrett Browning and Nathaniel Hawthorne. Hawthorne partly based his character of Hilda in The Marble Faun on Hosmer.

Harriet Goodhue Hosmer met writers Robert and Elizabeth Browning in Rome in the winter of 1853. Soon after, the artist sought permission to create a cast their hands. The Brownings agreed to her request, provided Hosmer make the cast herself.

The resulting sculpture evokes the legendary love and devotion of the Brownings in a simple gesture of unity. The relative... 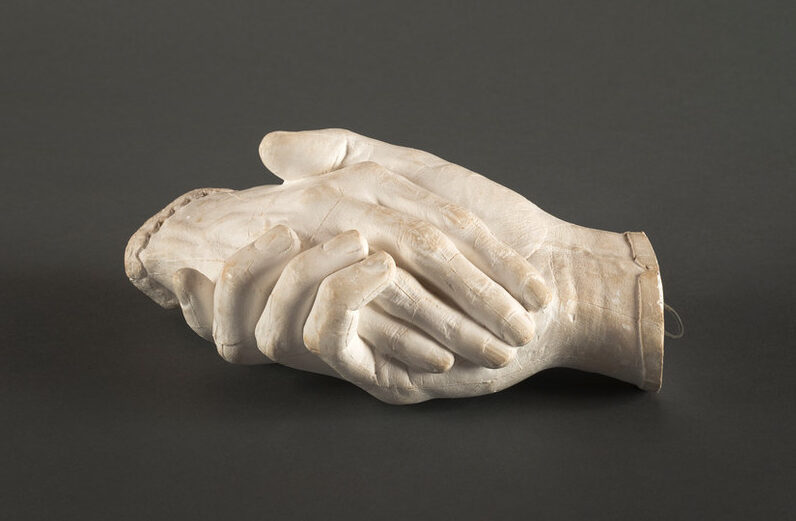