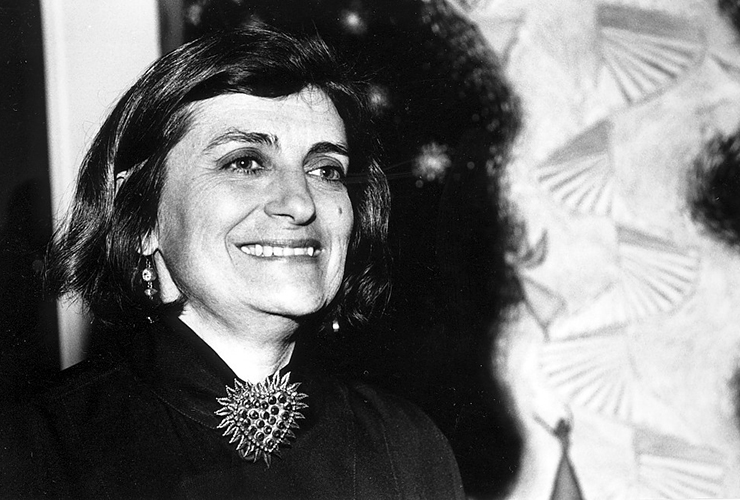 Sigler said that she utilized a childlike, faux-naïf style as a reaction against a patriarchal culture that treated women as little more than children. Her style was also a means of conveying difficult emotional content in a way that viewers could easily understand.

Born in Gary, Indiana, Sigler earned her Master of Fine Arts from the School of The Art Institute of Chicago in 1973. Sigler established herself as part of Chicago’s art scene during a period when artists there were challenging New York City’s cultural hegemony. Familiar with Chicago’s Hairy Who group, which emphasized cartoons and other popular imagery, and the whimsical art of Florine Stettheimer, Sigler found quirky precedents for her own idiosyncratic approach.

In 1985, Sigler was diagnosed with breast cancer, which later spread to her bones. Her work from the 1990s until her death from cancer in 2001 dealt with the personal pain of the disease and its effect on society. In 2001, Sigler was honored with the College Art Association’s Distinguished Artist Award for Lifetime Achievement, and the Chicago Caucus for Women in the Arts Lifetime Achievement Award.

To Kiss The Spirits: Now This Is What It Is Really Like

Hollis Sigler favored subjects related to women’s experiences of love, family, and the domestic sphere. She often conjured up intimate interiors, suburban backyards, or vacation hideaways in which household objects or a shadow figure she called “the Lady” serve as stand-ins for real people. In the last fifteen years of her career, Sigler focused on the subject of breast cancer,... 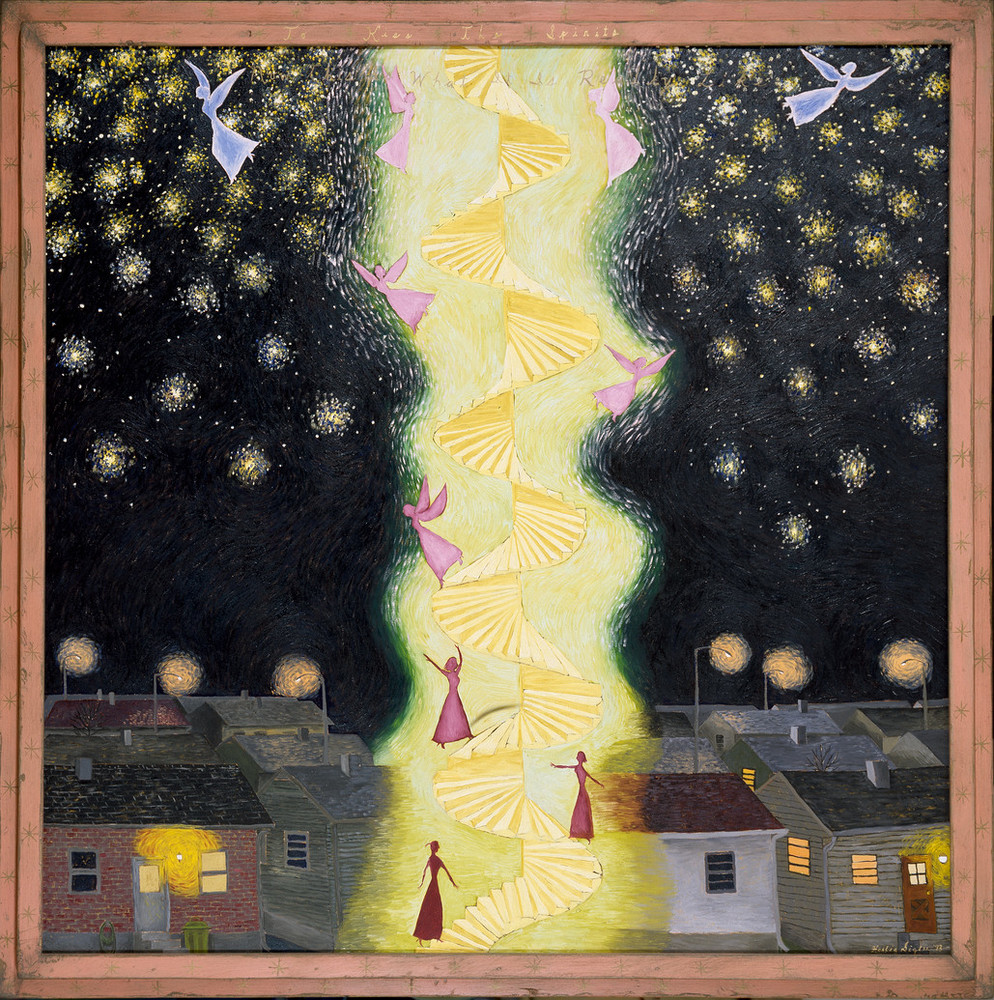 Hollis Sigler, To Kiss The Spirits: Now This Is What It Is Really Like, 1993; Oil on canvas with painted frame, 66 x 66 x 3 in.; National Museum of Women in the Arts, Promised Gift of Steven Scott, Baltimore, in memory of the artist; © Hollis Sigler