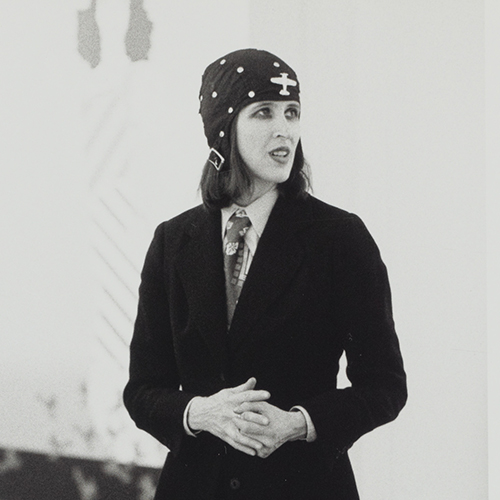 Born in 1935 in Bleiburg, a small town in southern Austria, Kogelnik studied painting at the Academy of Fine Arts in Vienna. In the late 1950s, she painted in the rough, gestural abstract style favored by many European artists of the period.

After relocating to New York City in 1961, she became part of a group of artists who led the Pop art movement, including Roy Lichtenstein, Claes Oldenburg, Andy Warhol, Tom Wesselmann, Robert Rauschenberg, and Jasper Johns. Kogelnik developed her figurative style in New York, but her work differed from that of many Pop artists because she did not draw directly from commercial products for content or style. Instead, she adapted advertising’s bold shapes and color planes. She did, however, fully embrace the theatricality of the Pop milieu and often dressed in flamboyant attire.

Kogelnik was fascinated by the technological, material, and consumer-centered culture of New York and the U.S. in general. Some of her early New York works even included electrical devices. Kogelnik was particularly interested in flight and space exploration. In 1969, she presented her interactive “Moonhappening Apollo 11” at a gallery in Vienna, coinciding with the spacecraft’s lunar landing.

From 1994 until her death in 1997, she also created expressive glass sculptures of abstracted faces. Kogelnik died, from cancer, in 1997 in Vienna. Kogelnik remains one of Austria’s most revered modern artists.

Kiki Kogelnik’s paintings from the 1970s, including Superwoman, engaged with feminist perspectives on the representation of women’s bodies. In particular, she addressed the body’s ubiquity in advertising.

With characteristic deadpan humor, Kogelnik drew her figures in an imposing, larger-than-life scale. The hard-edged outline of Superwoman against a monochrome background makes her appear powerful yet two-dimensional, akin to a cartoon or comic book character. 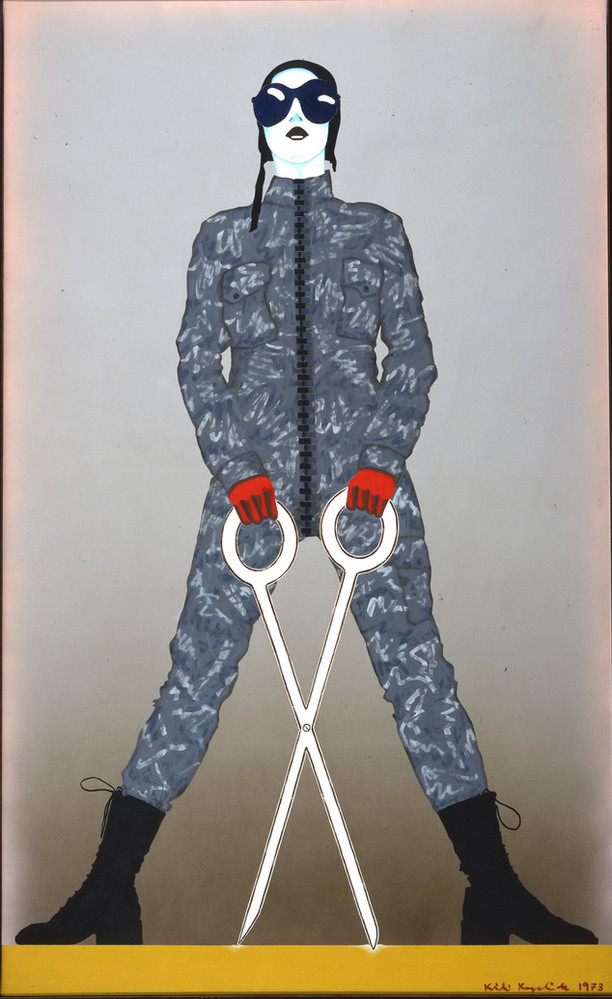 View All Posts about Kiki Kogelnik