Gérard, who never married and apparently never demonstrated any interest in joining the Academy, had a tremendously successful career. She won three medals for her work, which she exhibited regularly once the Salons were opened to women in the 1790s. Her pictures were acquired by luminaries such as Napoleon and King Louis XVII, and she acquired considerable wealth and real estate.

Her interest in art was shaped by her brother-in-law, the popular Rococo painter Jean-Honoré Fragonard, beginning in 1775, when she moved from Grasse to Paris to live with her sister’s family. As part of the Fragonard household, Gérard had considerable financial freedom, along with the opportunity to further her artistic training as her brother-in-law’s unofficial apprentice.

Prelude to a Concert

The musical instrument shown in this painting is typical of European guitars from the 18th and 19th centuries. Smaller than the modern guitar, it has a flat bottom, a decorative rosette set into the sound... 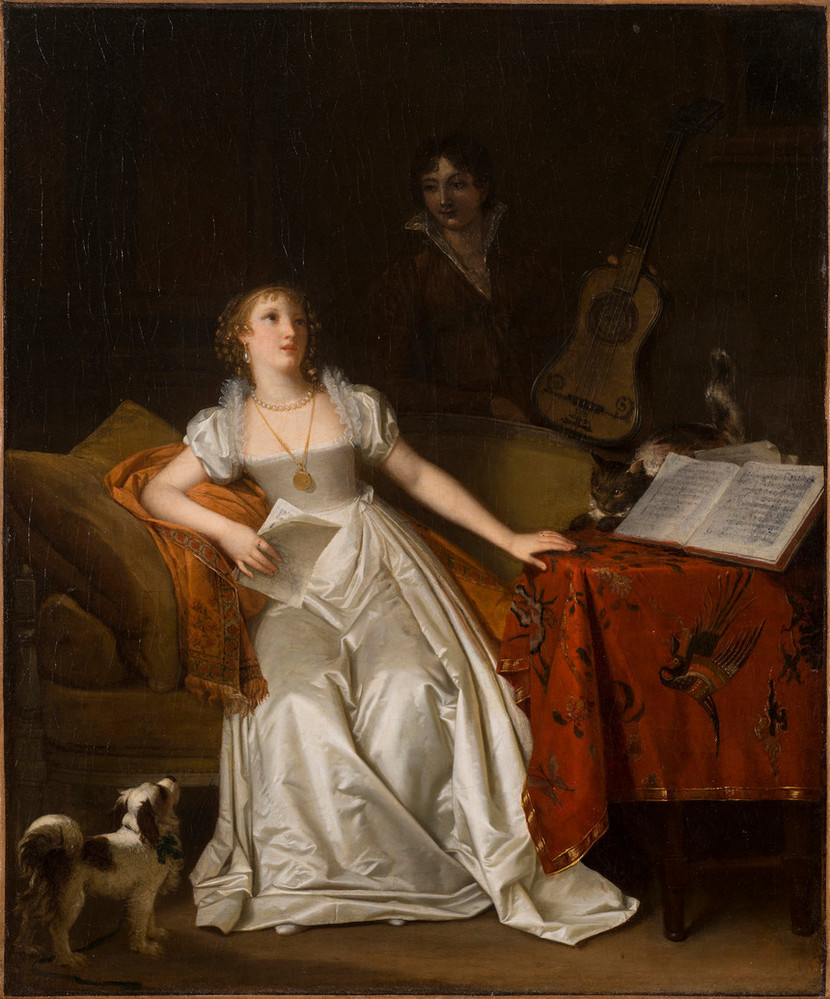 Marguerite Gérard, Prelude to a Concert, ca. 1810; Oil on canvas, 22 1/4 x 18 3/4 in.; National Museum of Women in the Arts, Gift of Wallace and Wilhelmina Holladay; Photo by Lee Stalsworth

A Look at Motherhood in Royalists to Romantics

In Royalists to Romantics: Women Artists from the Louvre, Versailles, and Other French National Collections, 77 works by 35 artists display the talents of French Revolution-era women artists. Their paintings are windows into their...