Known especially for her fine black-on-white designs, Chino melded the stylized, geometric forms of ancient Ancestral Puebloan and Mogollon pottery with traditional Pueblo symbols for rain clouds, lightning bolts, animals, and plant life. Unmatched in her use of positive and negative space, the artist applied her fluid designs to forms ranging from large storage jars to delicate ceremonial pots.

Chino was a prominent potter for more than six decades, winning her first award at the Santa Fe Indian Market in 1922 when she was only 15 years old. In 1998, she received a Lifetime Achievement Award from the Southwestern Association for Indian Arts. She taught pottery to others, including her children and grandchildren. Three of her daughters also became noted potters. 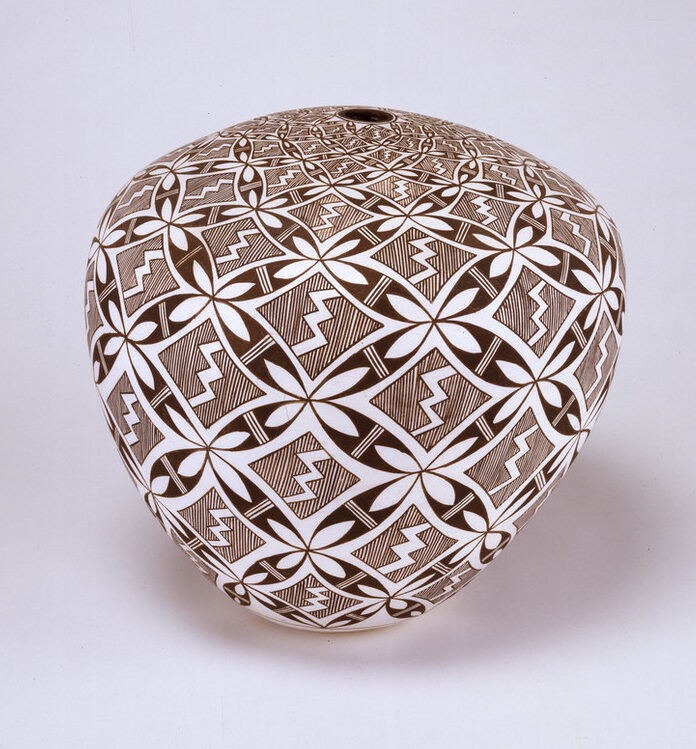 Learn more about woman potter Margaret Tafoya and her work, which is on view in NMWA exhibition Pathfinders: Women in Art, Craft, and Design, Midcentury and Today.