Loir’s family provided her with an impressive artistic pedigree. The Loirs had been active Parisian silversmiths since the 17th century; moreover, her brother was a highly regarded pastellist and sculptor, also specializing in portraiture.

Little is known about Loir’s life. She was trained by a distinguished French academic painter, Jean-François de Troy, and may have spent some time in Rome. That sojourn seems especially likely between the mid-1730s and 1740s, when there is no record of any artistic activity by her in Paris and when her teacher served as director of the Académie de France in Rome.

Scholars believe that Loir may also have lived for a time in the south of France. This theory is based on records of portraits she painted during the 1720s for patrons in Pau and her election to the Academy of Marseilles in 1762.

She welcomed luminaries such as architect Jacques-Germain Soufflot and painter François Boucher to her Monday artistic salon. The guest lists for her Wednesday literary salons included accomplished men of the French Enlightenment, such as Voltaire, Diderot, and Montesquieu. The ease of... 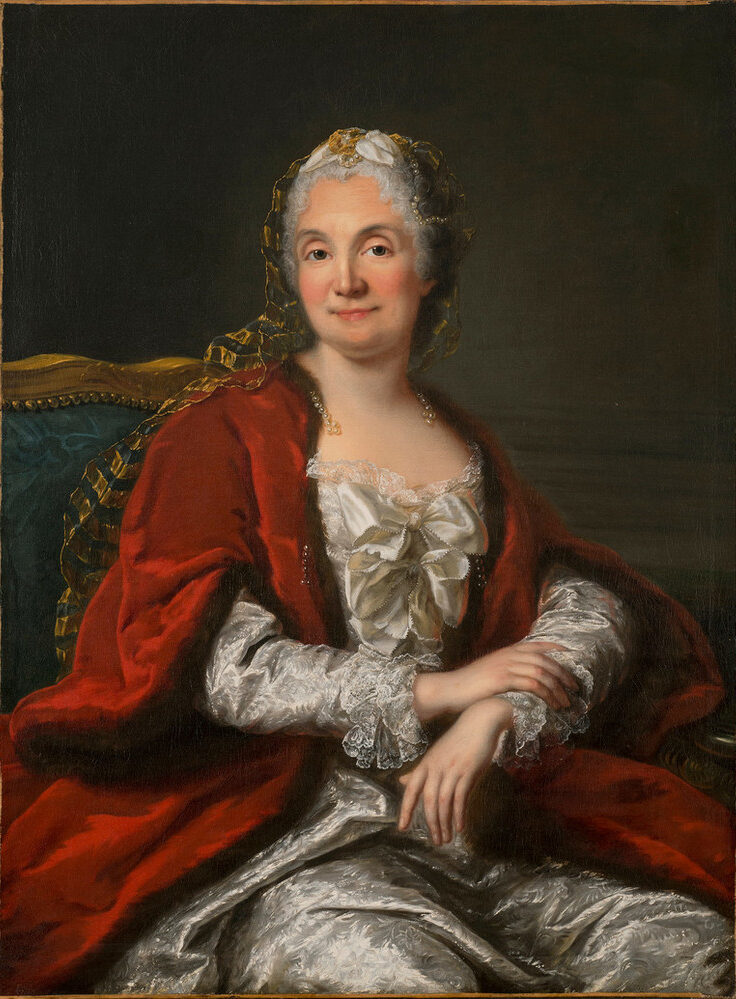