Close up of The Cage 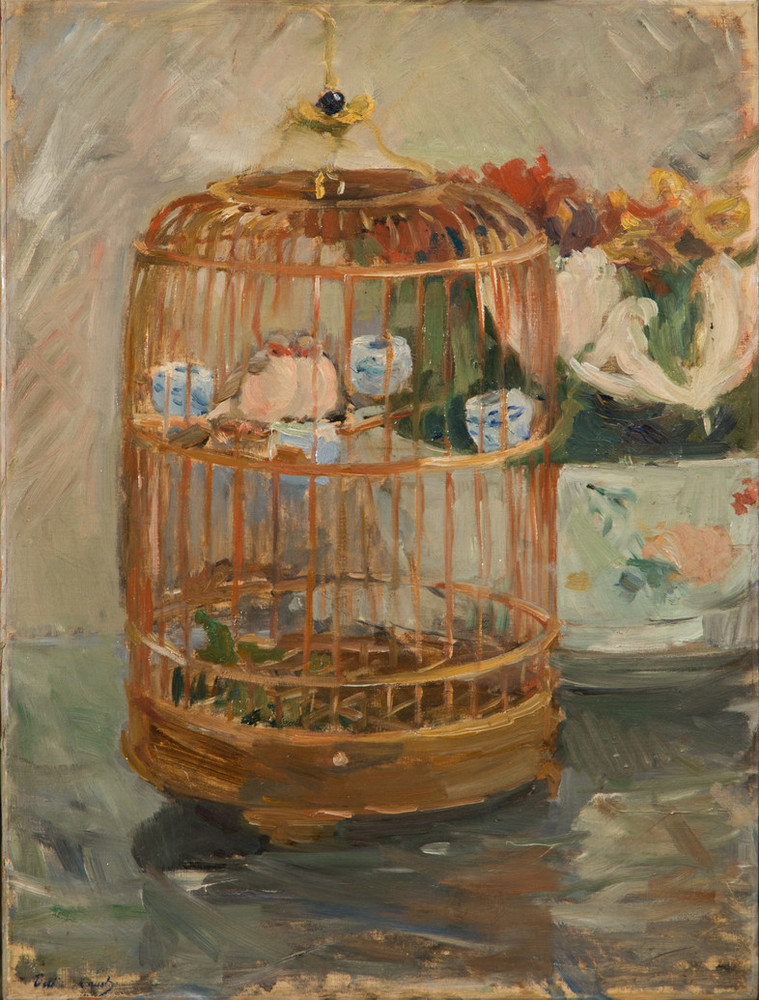 Using a limited palette dominated by brown, white, and green, the artist constructed a still life comprising a birdcage and a bowl of flowers set against an ambiguous background of choppily executed strokes of paint. A study of juxtaposed forms and solids against voids, The Cage demonstrates Morisot’s ability to give a painting the same unstudied appearance as a watercolor.

Berthe Morisot, associated with Monet, Renoir, Pissarro, and Degas, was included in seven of the eight Impressionist group exhibitions held between 1874 and 1886.
View Profile 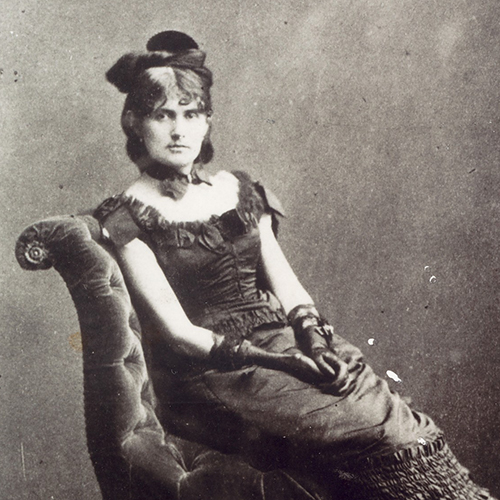