Close up of Gold Chalice 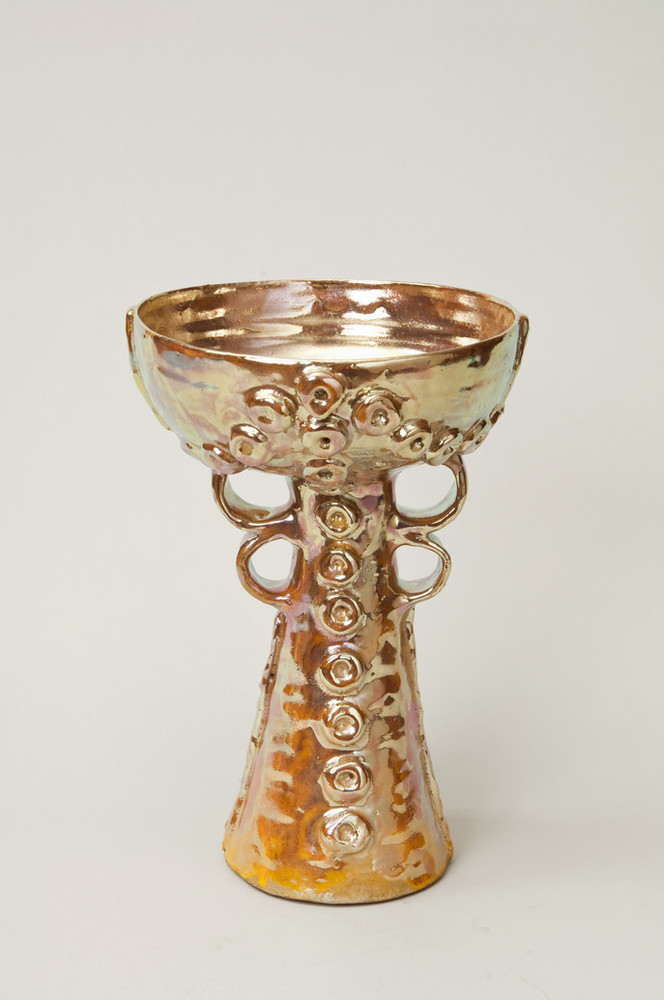 Beatrice Wood created this gleaming lusterware vessel when she was 92 years old and, by all accounts, at the height of her artistic powers. After careers as an actress and visual artist associated with the New York Dada movement, Wood became an established studio potter. She became renowned for gleaming lusterware objects in shades of gold, silver, green, pink, purple, and copper. A luster glaze is a fired, glass-like surface on a clay body; metallic salts on the glaze’s surface give it an iridescent appearance.

Wood was devoted to experimentation and exploration. Like other modern ceramicists, she often tossed chemicals (including mothballs) into her kiln to influence the effects of firing. At her home and studio in Ojai, California, where she lived from 1947 until her death at age 105, Wood continually worked to enhance her lusterware techniques. Beginning in the 1980s, she produced increasingly monochromatic glazes while her clay forms grew more exuberant. Perhaps playing to the ceremonial function of a chalice, Wood adorned Gold Chalice with multiple looped handles and circular knobs. The vessel’s lush glaze enrobes and heightens its curvilinear surfaces. 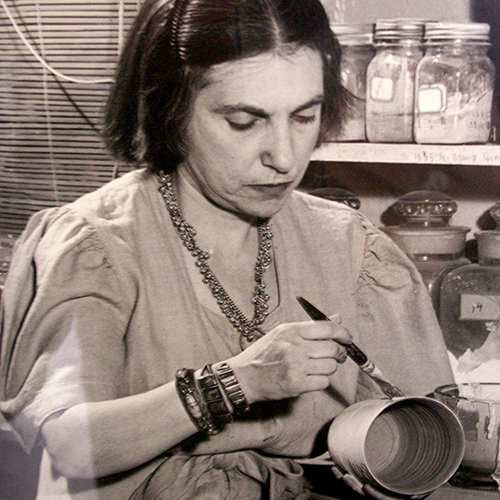