Close up of Highland Raid 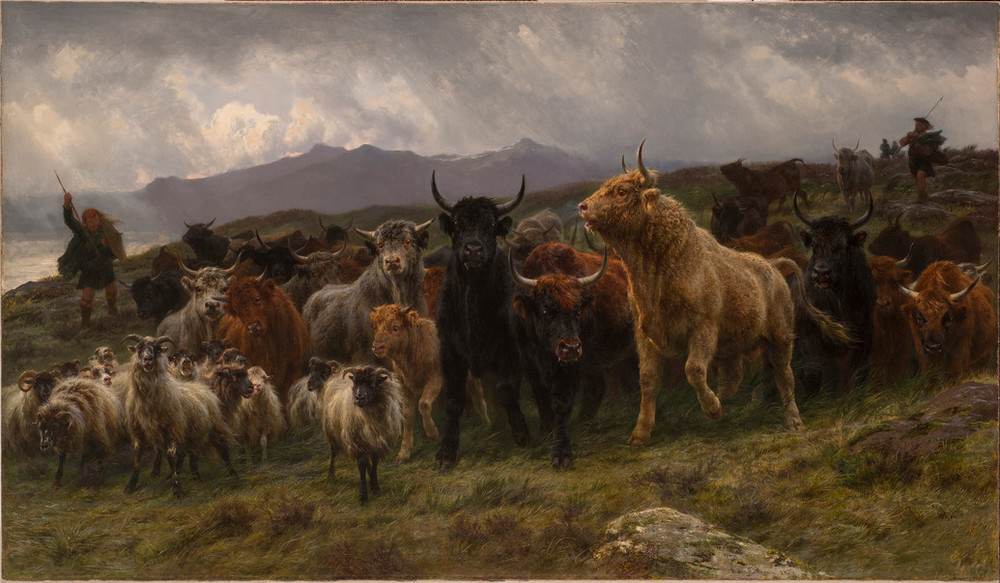 “At one time Rosa Bonheur had a complete menagerie in her home: a lion and lioness, a stag, a wild sheep, a gazelle, horses, etc. One of her pets was a young lion whom she allowed to run about and often romped with…I was easier in mind when this leonine pet gave up the ghost.” So wrote a close friend of Rosa Bonheur in recalling the artist’s passion for animals.

Bonheur, known for her unconventional ambitions and conduct, received special dispensation from the police to wear trousers and a smock to visit butcher shops and slaughterhouses. It was in these gritty locales that she closely studied animal anatomy to prepare for her paintings.

Highland Raid epitomizes the artist’s ability to capture the raw spirit of animals, such as these bulls and sheep whose thick wooly coats are typical of Highland livestock. The lowering sky suggests that the shepherds are trying to outrun the impending storm, driving the herd down the “raid,” old Scottish for road.

Rosa Bonheur, a 19th-century woman who achieved a successful career, served as a role model for future generations of women artists.
View Profile 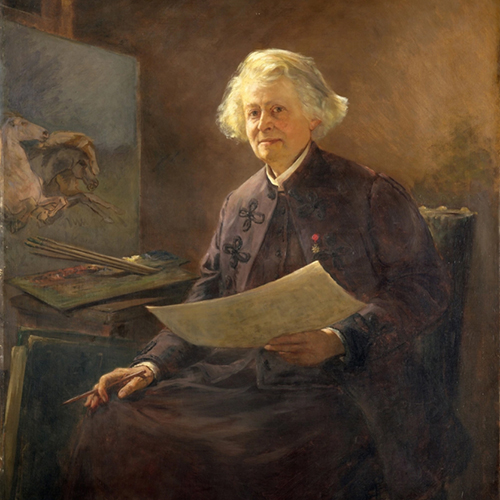