Close up of Hillary 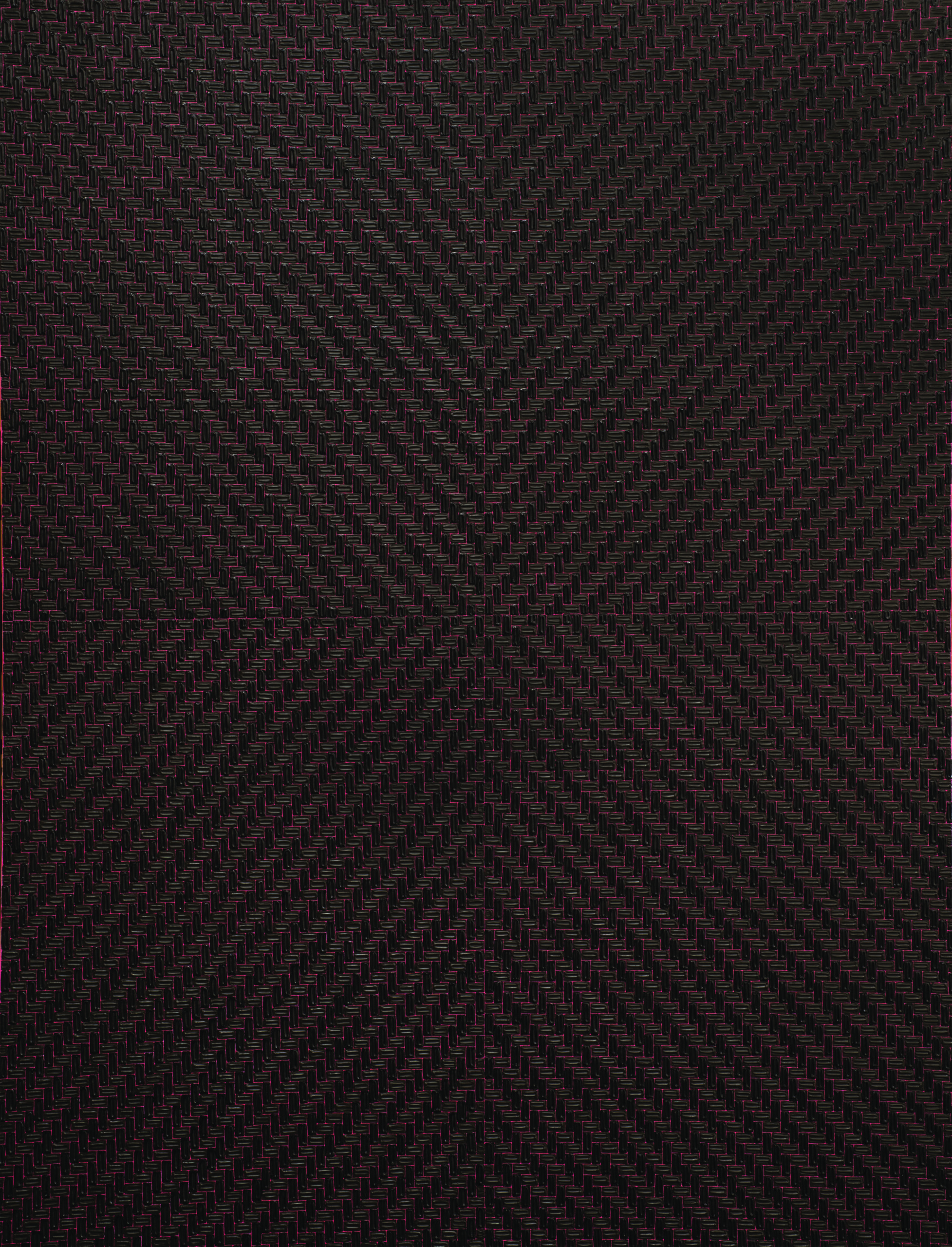 Andrea Higgins traveled to Indonesia in 1995, where she witnessed the time and care that women put into dressing for temple to attract the attention of the gods. This “ultimate power dressing” struck her as parallel to the ways first ladies dress to reflect their public identities.

In “The Presidents’ Wives” series, which began in 2001, Higgins created portraits of first ladies that represent both the woman and the administration in which she played a part. Hillary is based on a photograph of Hillary Rodham Clinton and Laura Bush, which also served as the inspiration for Laura, another work by Higgins.

As with her other works, in Hillary, Higgins translated her source material into a painted fabric swatch embodying the material and the woman behind it. Close examination of Hillary reveals the hand of the artist. She builds up each “stitch” stroke by stroke to reflect the warp and weft of the original material. Each of her works takes months to create, replicating the time and repetitive motion that goes into creating the original textile. 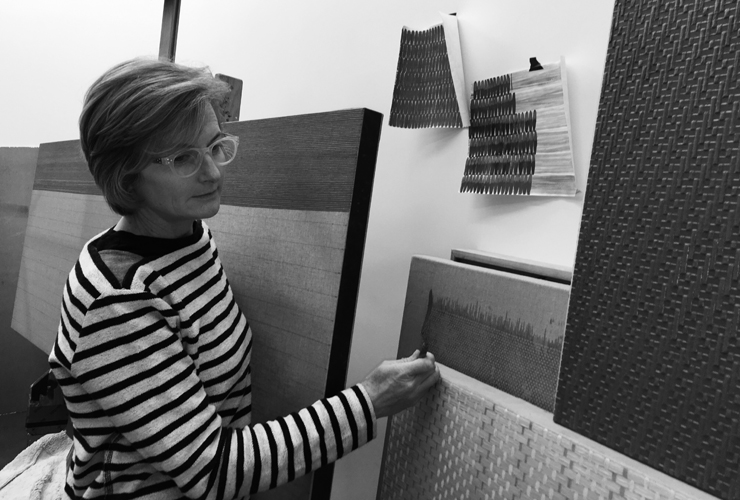