Close up of Morning Toilette 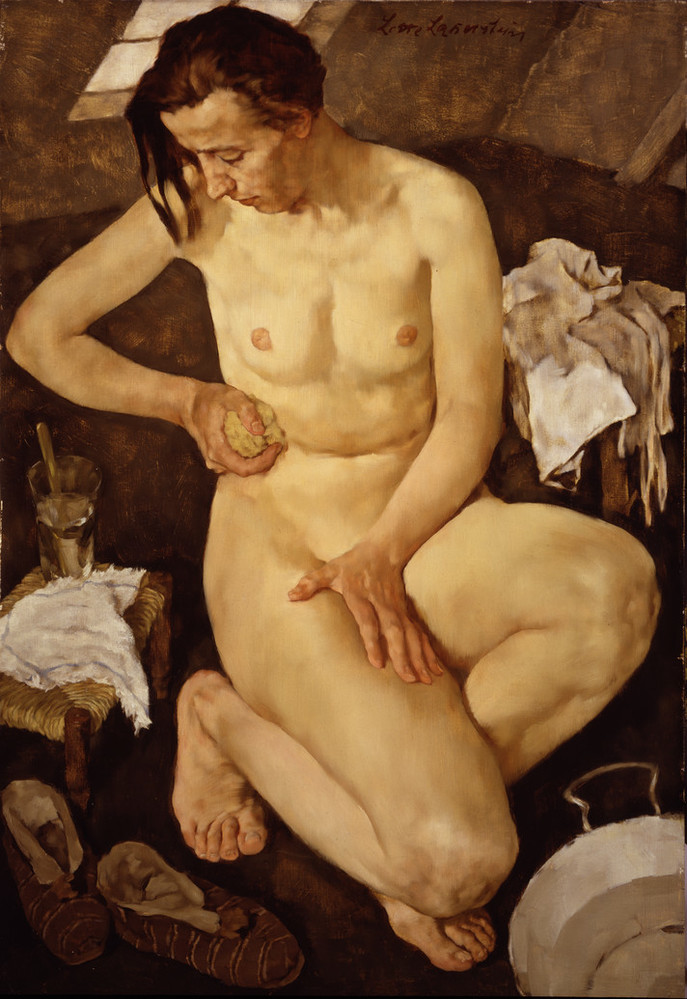 Lotte Laserstein met Traute Rose during the 1920s. A gifted athlete, Rose became the artist’s tennis coach and, later, her favorite model, capable of holding difficult poses for an extended period of time.

In its straightforward, sober, and unflattering style, this work typifies German realism. Although it features the life-size nude figure of a woman at her toilette—a venerable theme throughout Western and Japanese art—Morning Toilette exhibits little of the sensuality or grace generally associated with this subject.

Laserstein depicts the neue Frau (new woman): physically powerful and independent. Rose’s connection with the world of the 1930s is evident from such touches as her blunt-cut, chin-length hair, several lank strands of which hang beside her face. She is also tied to reality by the well-worn bedroom slippers and dramatically cropped water basin at the lower edge of the canvas.

Painter Lotte Laserstein, who moved to Sweden when her career in Germany was thwarted by Nazism, gained prominence in the European art world for her realist portraiture style.
View Profile 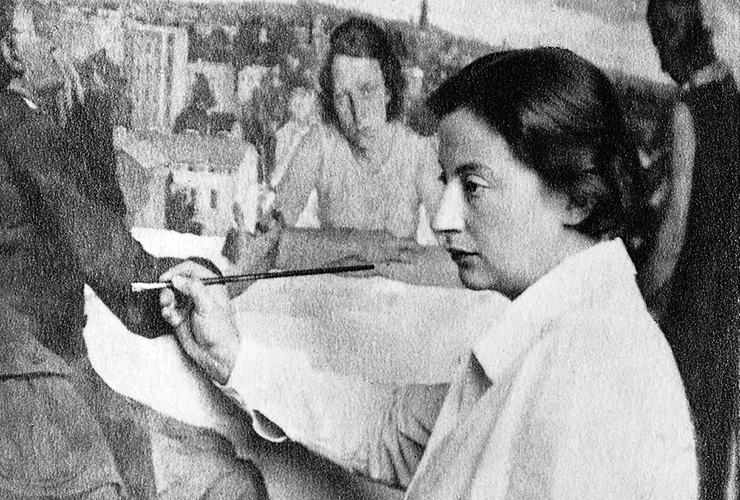