Close up of Pasadena Lifesavers Red #5 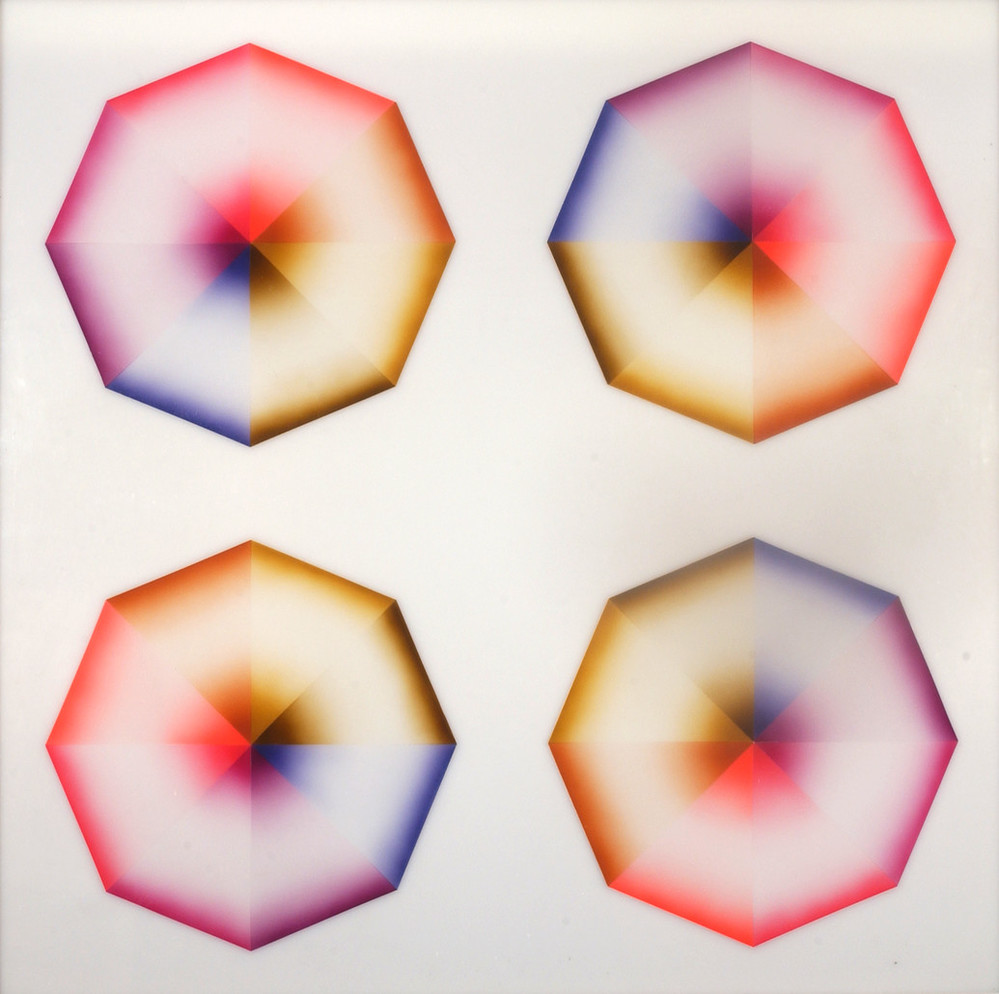 Chicago attended auto-body school to learn airbrushing, and the meticulously applied finishes and luminous, gradated hues of her Lifesavers paintings laid the aesthetic foundations for her later work.

Living in southern California in the 1960s, Chicago was friendly with the mostly-male Look artists, who made works from glass, fiberglass, or resin, but she felt that Los Angeles’s art scene had no room for her feminine sensibility. Consequently, her methods and materials aligned with the Look style, but she developed imagery signifying her experiences as a woman. Chicago’s Domes sculptures from 1968—sprayed acrylic half-spheres resembling breasts—and Pasadena Lifesavers Red #5 are among the first works in which she created imagery that suggests the female sexual body but allows for multiple interpretations.