Close up of Rainy Night, Downtown 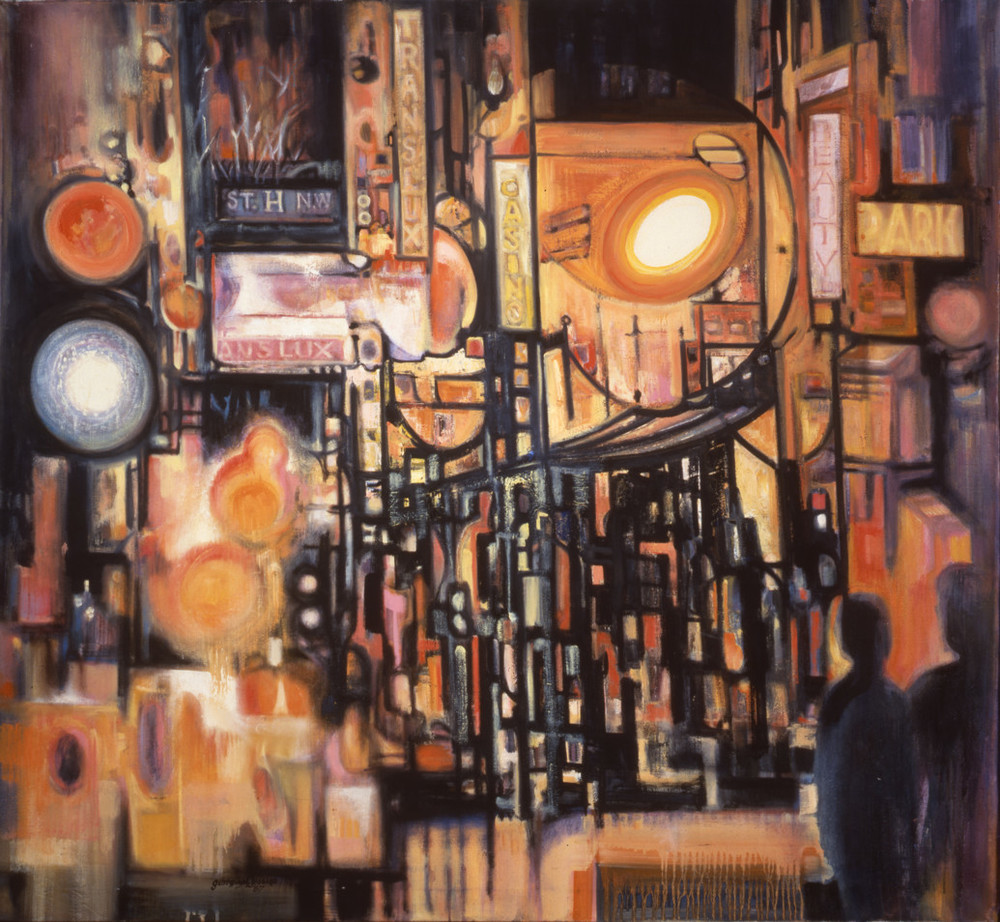 In Rainy Night, Downtown, Georgia Mills Jessup used contrasts of orange and black, light and shadow to capture the visual energy of an urban scene. Illuminated signs offering services and entertainments compete with haloed traffic lights and webs of architecture for the viewer’s attention.

Tightly painted details in the center of the composition yield to softly blurred, dripping forms along the lower margins of the canvas, as if the evening’s rain were dissolving the scene. The presence of shadowy figures in the lower right encourages viewers to imagine the sights and sounds they witness.

Jessup has said that this vivid abstraction could represent any U.S. city. At the same time, references to “Trans Lux” and “St. H NW” identify it as a specific corner in the city she called home, Washington, D.C. The Trans-Lux Theatre once occupied the corner of 14th and H Streets, NW, about a block from where the National Museum of Women in the Arts stands today. In addition to this painting, the artist created several other versions of this scene using various mediums, including watercolor and collage. 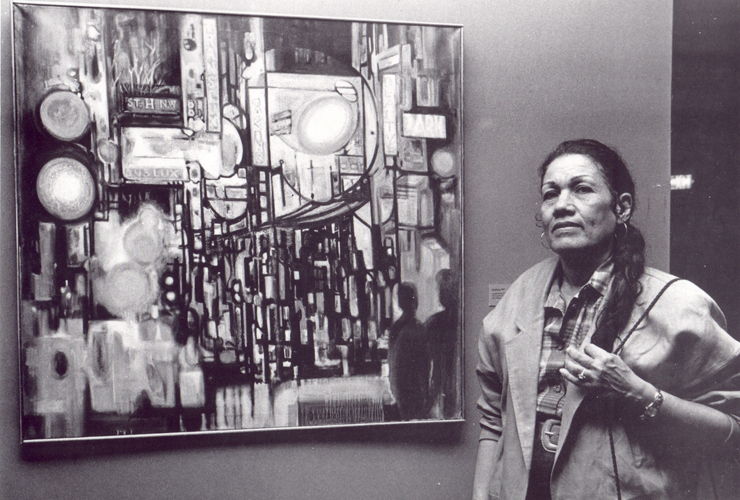