Close up of Self-Portrait 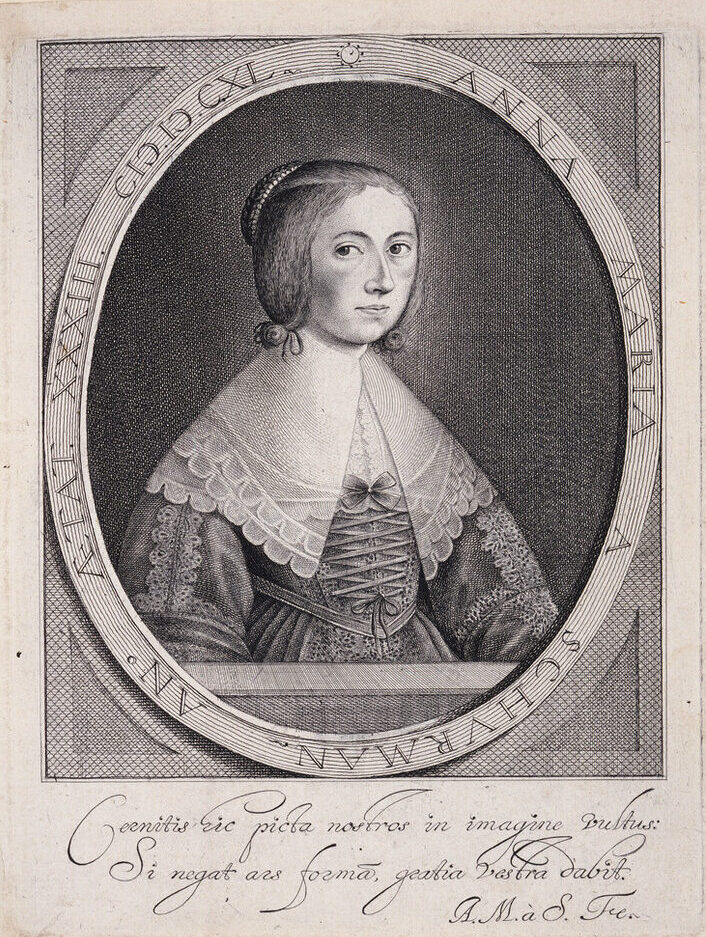 During her lifetime, Anna Maria van Schurman made numerous self-portraits. She constantly experimented with different techniques, including painting, pastels, etching, engraving, and drypoint. In this image, she combined the techniques of engraving and etching. Van Schurman depicted herself wearing an elegant dress embellished with lace on the bodice and sleeves. She convincingly rendered the illusion of spatial depth by shading the inner rim of the oval frame and placing herself behind a ledge, which pushes her figure farther back into the picture plane.

That ledge also obscures her hands. Van Schurman hid her hands in her first engraved self-portrait (1633), as well, for which a correspondent, the poet and statesman Constantijn Huygens, chided her. He admonished van Schurman for being ashamed of her ink-stained hands, which he said “have never found their equal.”

As the inscription on the oval frame tells us, the artist made this work in 1640 when she was 33 years old. The Latin inscription at the bottom is addressed to her friends, to whom she sent this portrait. It reads, “See my likeness depicted in this portrait:/May your favor perfect the work where art has failed.”

Known as the first woman to attend university in the Netherlands, Anna Maria van Schurman was a prolific artist in a variety of mediums, including painting, engraving and calligraphy.
View Profile 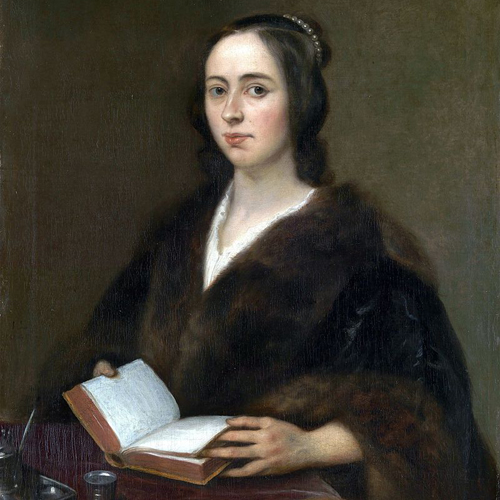