Close up of Still Life with Watermelon, Pears, and Grapes 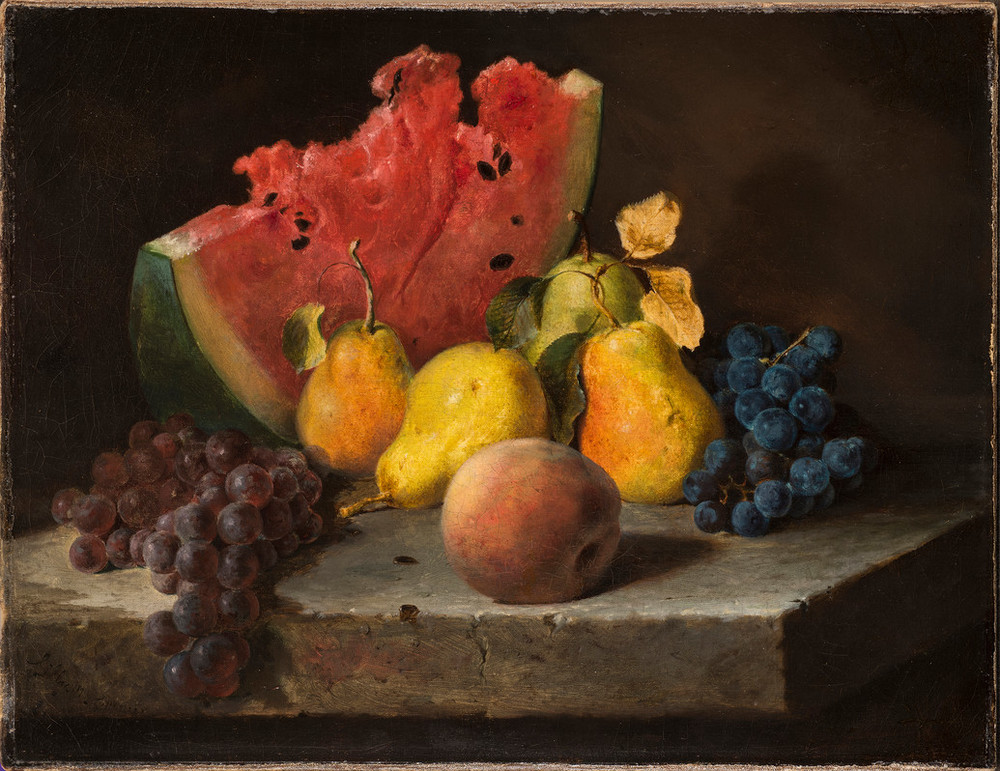 Lilly Martin Spencer, Still Life with Watermelon, Pears and Grapes, ca. 1859; Oil on canvas, 13 1/8 x 17 1/4 in.; National Museum of Women in the Arts, Gift of Wallace and Wilhelmina Holladay; Photo by Lee Stalsworth

Best known for her paintings of family and domestic life in mid-19th century America, Lilly Martin Spencer was also a talented painter of still lifes. Indeed, paintings like The Artist and Her Family at a Fourth of July Picnic contain sensitively rendered still-life elements.

Still Life with Watermelon, Pears, and Grapes was an appropriate subject for the artist on several levels. The selection of fruit and the realism with which it is rendered may reflect Spencer’s preference for American subjects and styles.

Also, still lifes had long been considered suitable subjects for women artists since they could be painted in the home and didn’t require study of the human form.

Spencer demonstrates her skill at rendering various textures, depicting with great realism the moisture on the grapes, fuzzy texture of the peach, juicy flesh of the watermelon, and the weathered stone ledge on which they sit.

While the fruits appear to be at the peak of perfection, the bites taken out of the watermelon slice add a sense of immediacy to the composition. 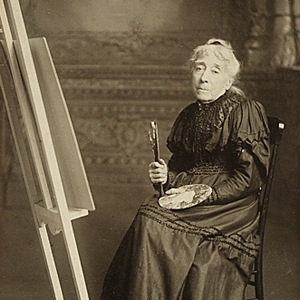