Close up of Unfinished Symphony 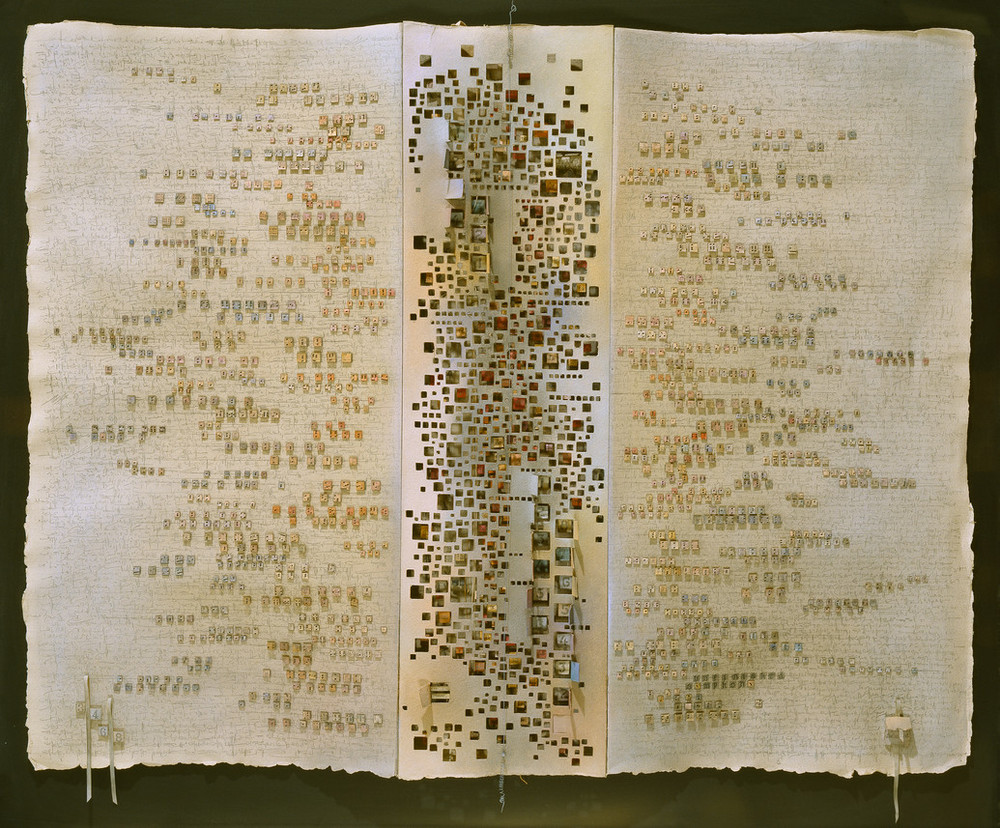 Elena Presser perceives music as the most abstract form of art, and her concern is to convey musical abstraction as visual interpretation. “Unfinished Symphony,” she says, “became a visual reality following a conversation I had with a friend, a lover of art and music. He transferred to me his excitement and enjoyment of this piece by Franz Schubert.

“The first movement of the symphony, which contains both quiet melancholy and agitated tragedy, is represented as the center of the work. Schubert suppressed the main theme at the start of the recapitulation in order to use it with greater force for the coda of the movement. I used the account of a dream that Schubert wrote down in the form of dramatic chords. Filled with melancholia and tragedy, the energy explodes through the squares and scroll of dreams.

“The second movement of the symphony, composed of two principal melodies, is music of the loveliest serenity. Two symmetrical sides of the book reach out from the central first movement and overflow with lyrical attributes. The small musical-score squares describe the mysterious quality and unfathomable beauty of the second movement.”

Born in Buenos Aires, Argentina, book artist Elena Presser moved with her family to the U.S. in 1966; she has become known for creating visual interpretations of music.
View Profile 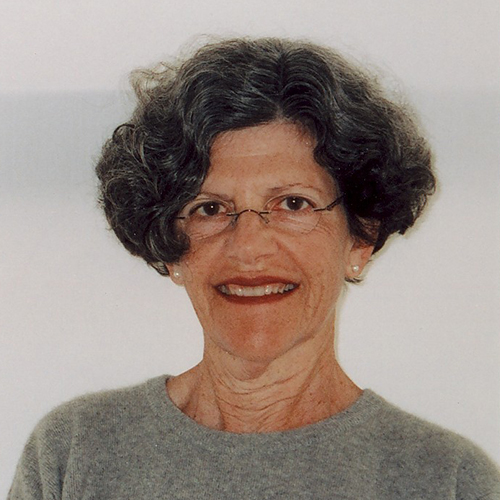