Employed at the Wedgwood pottery company from 1909 to 1931, Daisy Makeig-Jones (1881–1945) melded her vivid imagination and technical ingenuity to develop decorative china called Fairyland Lusterware. Makeig-Jones’s fascination with fairy tales and myths from around the world inspired her intricate designs featuring fairies, imps, and goblins. With these motifs—in jewel tones with gold-painted details—she embellished the interior and exterior surfaces of bowls, vases, cups, and boxes. Her Fairyland Lusterware also features iridescent glazes, produced through techniques that Makeig-Jones advanced.

Daisy Makeig-Jones was among the best-known ceramic designers in the early 20th century, a period when Wedgwood and other companies employed many women as designers and artisans. Makeig-Jones was born in Yorkshire, England, to a middle-class family that supported her artistic ambitions. Through family connections, Makeig-Jones introduced herself to Cecil Wedgwood, a partner in the Wedgwood firm, and she began an apprenticeship at the company in 1909. Beginning in 1914, Makeig-Jones worked as a lead designer with Wedgwood and began experimenting in both production and design.

With motifs inspired by contemporary illustrated fairy-tale books, Makeig-Jones’s Fairyland Lusterware became highly popular in the 1920s among fashionable collectors. Influenced by the Arts and Crafts movement and Art Nouveau style, Makeig-Jones’s ornamental wares stood apart from more streamlined works produced by Wedgwood and other firms during the same period. Featuring 38 objects from a private collection, Ceramics by Daisy Makeig-Jones examines the artist’s place in the history of decorative arts as well as her identity as a modern woman and artist. 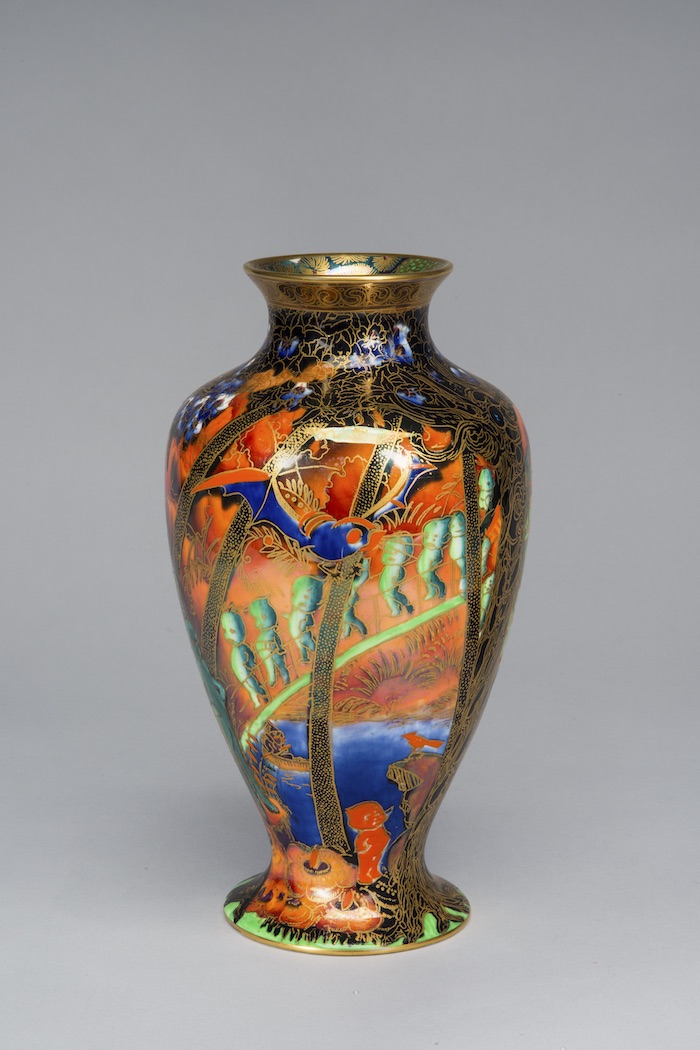 Casting a Spell: Ceramics by Daisy-Makeig-Jones is organized by the National Museum of Women in the Arts and is generously supported by the members of NMWA.

The Magic of Daisy Makeig-Jones

The upcoming exhibition Casting a Spell: Ceramics by Daisy Makeig-Jones brings the magic of the 20th-century ceramic designer to the National Museum of Women in the Arts, May 1–August 16....