In 1808, the budding artist followed her art instructor, Guillaume Lethière, to Italy. She remained there for eight years, observing customs and sketching the colorful peasant clothing that appears in many of her paintings.

While in Rome in 1810, she made her Paris Salon debut with eight scenes of Italian life, for which she received a second-class medal. Returning to Paris in 1816, she married the architect Louis-Pierre Haudebourt in 1820. She did not let marriage hinder her productivity as an artist. Over the next three decades, the artist exhibited more than 100 paintings at the Salon, ranging from works based on popular literature and historical genre scenes to portraits and depictions of domesticity.

Haudebourt-Lescot’s fame became such that the artist was appointed painter to the Duchesse de Berry, and she received several commissions from the French government for the museum at Versailles. She was the only female artist included in François Joseph Heim’s monumental depiction of Charles X awarding medals to artists for the Salon of 1824.

Young Woman Seated in the Shade of a Tree

Antoine Cécile Hortense Haudebourt-Lescot ranks among the most versatile and prolific female artists of the early 19th century.

The artist received royal commissions, exhibited more than 110 works at the prestigious Paris Salons, and welcomed opportunities to paint on a large scale, as she did in Young Woman in the Shade of a Tree.

The large size of this canvas suggests... 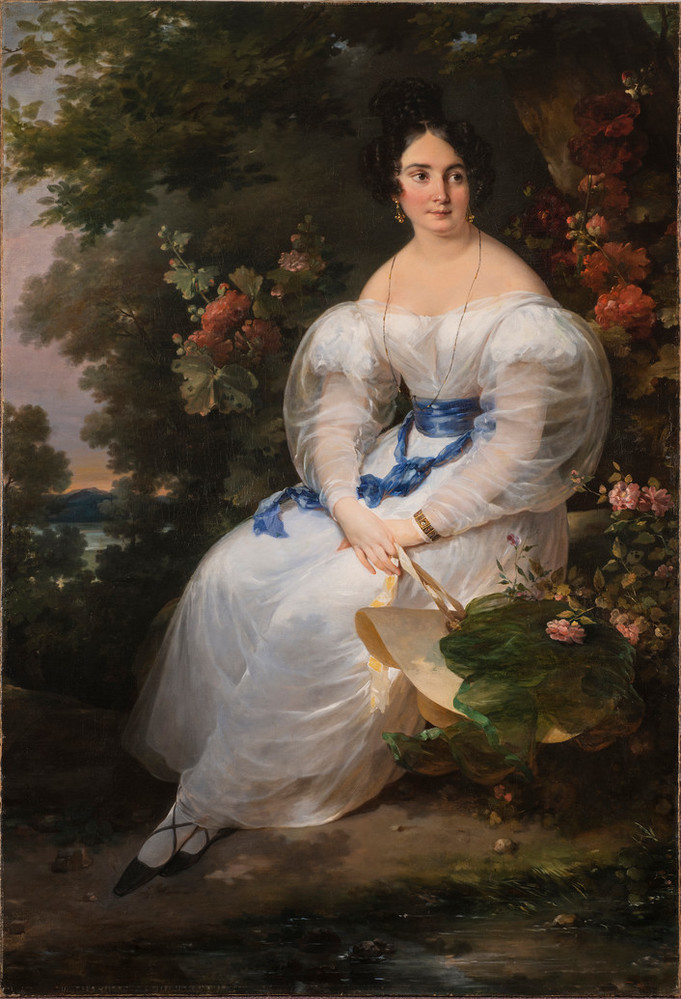