De Monchaux was born in London, where she still lives and works. She completed her Master’s degree at Goldsmith’s College, alma mater of  the “young British Artists (YBAs)”  who dominated the British Art scene in the 1990s. Despite certain parallels with the YBAs, de Monchaux is not accurately grouped with them. Whereas those artists certainly sought to shock their audiences, de Monchaux focuses more on seduction, using sensuous materials and obsessive detail to invite myriad associations by viewers.

De Monchaux was nominated for the prestigious Turner Prize in 1998 and has had numerous solo exhibitions internationally. She teaches part-time at the Slade School of Fine Art, University College, London.

Resembling armor or weaponry, Cathy de Monchaux’s sculptures present combinations of incongruous elements that imbue them with visual and emotional intensity. The heavy brass clamps and compressed layers of velvet within her large oval floor piece Red suggest a forcible and thus unsettling containment. The folds of fabric that form the concave interior of the sculpture evoke human orifices and viscera, a... 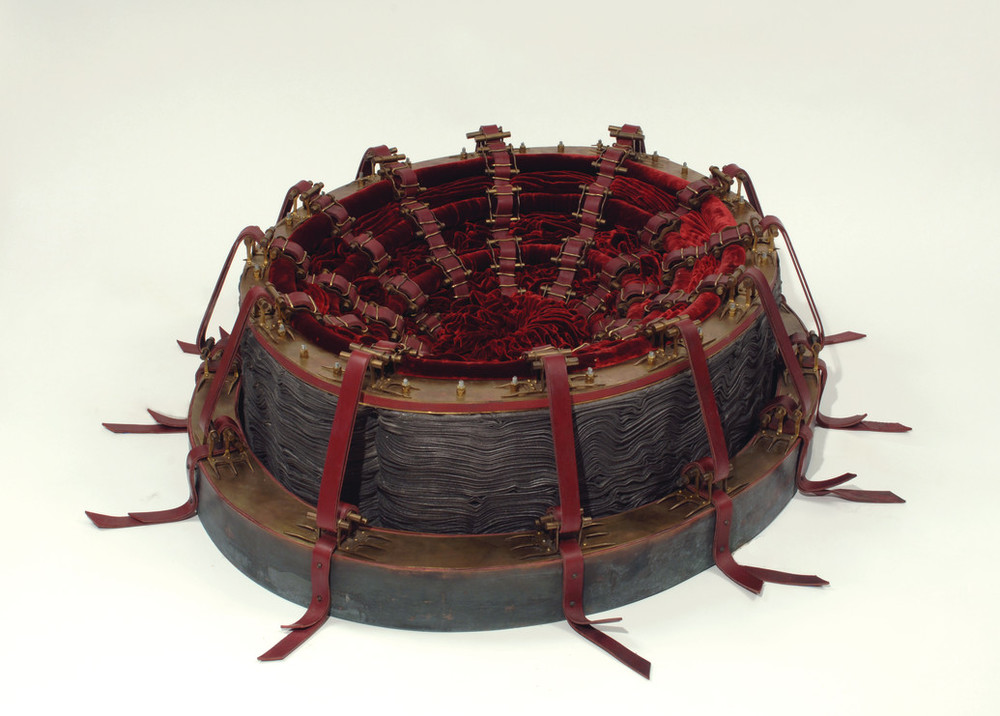 In celebration of NMWA’s 30th anniversary, and inspired by the museum’s focus on contemporary women artists as catalysts for change, Revival illuminates how women working in sculpture, photography, and video use spectacle...