Mihes traveled to Dresden in 1816 where she continued her training by copying paintings by old masters such as Titian and Annibale Carracci, which hung in the royal collections. She also began painting portraits of the local aristocracy. After the death of her mother in 1820, Mihes went to Vienna where she experimented with lithography, most notably copying Albrect Dürer’s altarpiece, The Adoration of the Holy Trinity.

In 1822, Mihes married Alois Primisser, an antiquarian and curator of the Habsburg collection in the Castle of Ambras. Upon his death in July 1827, and her father’s in October of the same year, Mihes and her sister Sophie joined The Order of the Visitation of Holy Mary (also known as the Salesian Sisters). Mihes took the name Marie de Chantal, eventually becoming the order’s Mother Superior from 1843 to 1849. Although she largely gave up painting after 1827, Mihes did instruct novices in the art of manuscript illumination and used her artistic talent to decorate the convent. She died in 1855 at the age of 68.

Many of Julie Mihes’s paintings, like this one of the Virgin Mary and infant Jesus, reflect the style of a group of early 19th-century Viennese artists known as the Brotherhood of St. Luke. Also called the Nazarenes, these artists took vows of poverty and chastity and sought to capture what they viewed as the spiritual purity of early Renaissance art.... 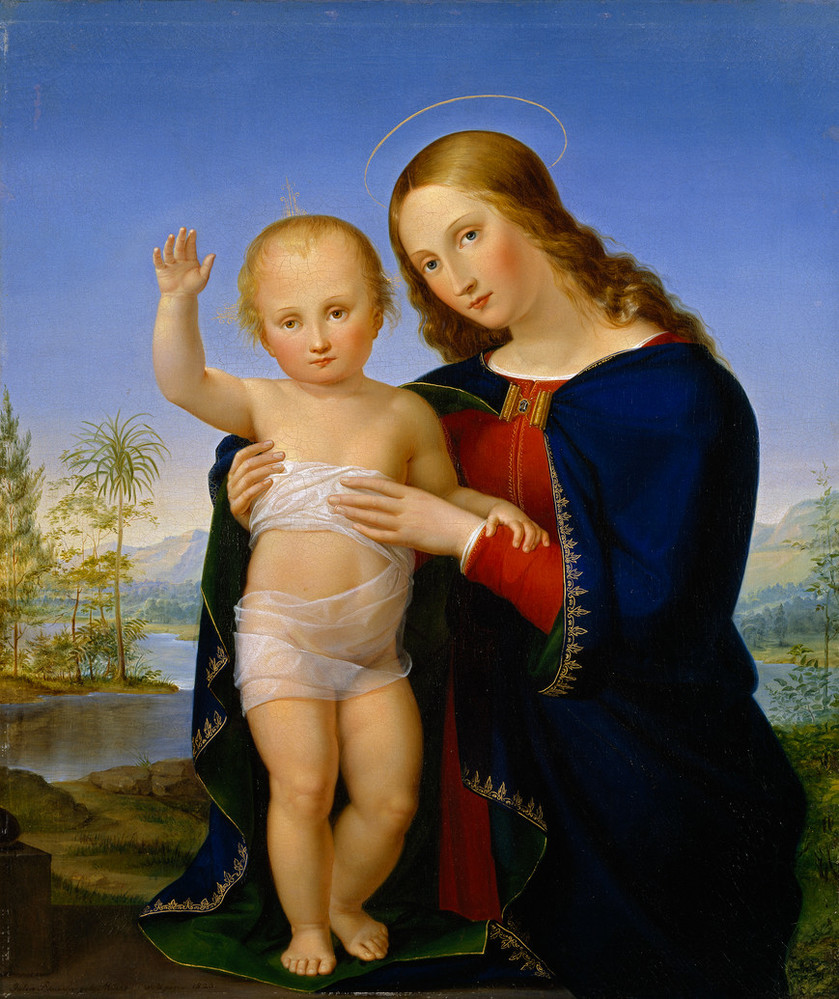 This exhibition examines the concept of womanhood represented by the Virgin Mary and the social and sacred functions her image has served through time.
View Exhibition: Picturing Mary: Woman, Mother, Idea