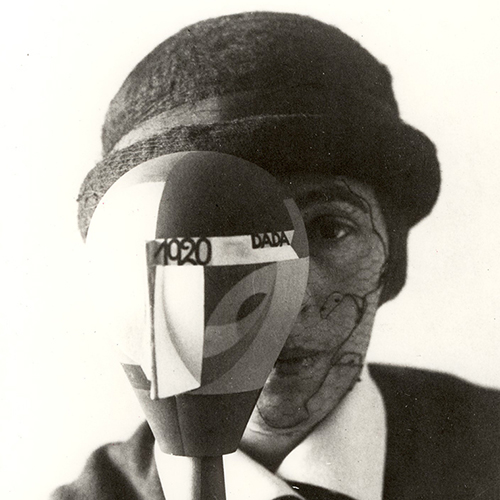 Born in Davos, Switzerland, Taeuber-Arp left home at eighteen to study textile design in Germany. Returning to Zurich in 1915, she began to produce non-representational paintings, which she referred to as “concrete” paintings. The paintings were influenced by her training in textile design, as well as Cubism. At the same time, she met Jean Arp, who became a frequent artistic collaborator and eventually her husband.

From 1916–1928, Taeuber-Arp taught textile design at the Zurich School of Arts and Crafts. Taeuber-Arp was active in Zurich’s Dada group between 1916 and 1919; she danced in avant-garde performances at the Cabaret Voltaire, an important center of Dada activity.

After World War I, many of Taeuber-Arp’s friends and colleagues moved to Paris. She continued teaching in Zurich until 1928 when she and Jean Arp moved to Meudon, near Paris. Together with her husband and artist Theo van Doesburg, Taeuber-Arp received a commission to design the interior Café de l’Aubette (restored in 2006), one of the first modernist spaces to unify form and function, in Strasbourg, France.

The café commission marked the beginning of the most productive period in the artist’s life. She joined several artists’ organizations, edited and wrote for radical publications, and exhibited her work throughout Europe.

Taeuber-Arp and her husband fled to southern France when the Nazis invaded Paris. In late 1942, they returned to Zurich, where she died the following year.

Composition of Circles and Semicircles

In the 1910s, Sophie Taeuber-Arp was deeply involved with the Dada art movement in Zurich, which expressed shock and anger over the atrocities surrounding World War I. While many artists of the time created politically-charged or surrealistic imagery, Taeuber-Arp expressed her radical vision through geometric-based paintings, sculptures, textile designs, and stage sets. Her spare aesthetic extended from her belief in... 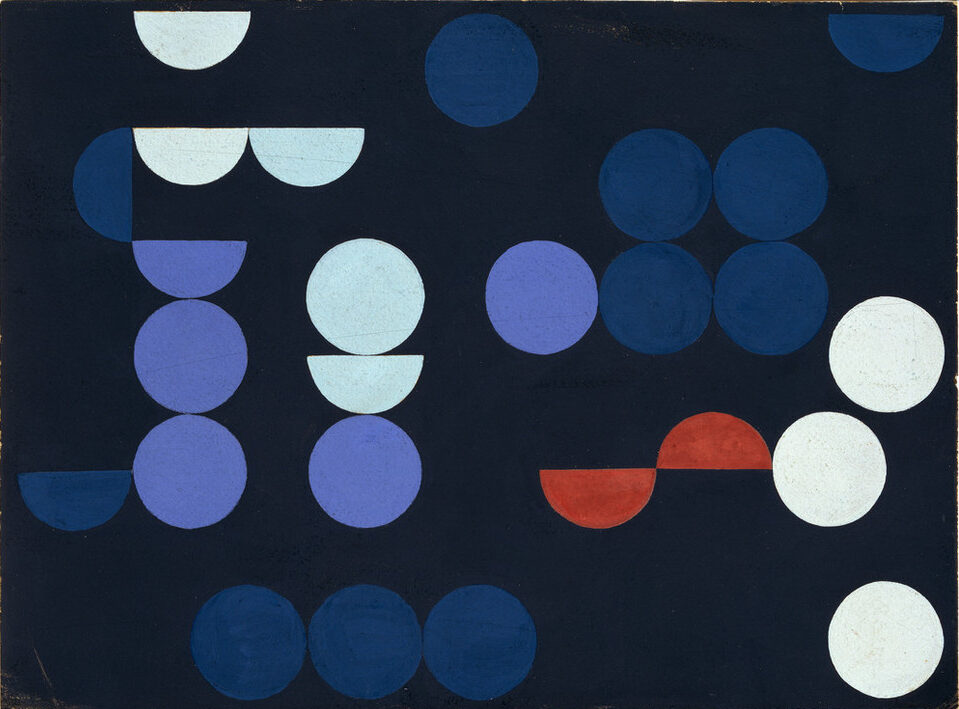 After Saatchi Gallery’s Champagne Life exhibition announcement, the Guardian expresses mixed-feelings and Broadly writes that “all-female group shows may have to be a necessity until equilibrium has been achieved.” In an interview with Artinfo, Saatchi Gallery Director and Chief...

This exhibition examines the 20th century thematically to reveal how, when, and why women artists became central players for the first time in the history of art.