Blog Category:  Behind the Scenes

On the heels of a recent Washington Post article that lauded the impressive number of women museum directors in the D.C. area (including NMWA’s Susan Fisher Sterling), the Association of Art Museum Directors (AAMD) released a new report discussing the persistent gender gap in museum leadership. 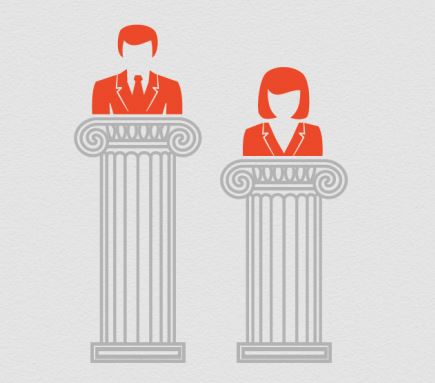 Specifically, although the AAMD report, based on a survey of members, noted that great progress has been made—women held 42.6% of director positions at the museums surveyed, a significant increase over previous years—large discrepancies remain in certain areas. In large museums (those with annual budgets over $15 million) women make up 24% of directors, and only five of 33 museums with budgets over $20 million have women directors.
Viewed through salary, the data tell a similar story of pervasive disparity, particularly at large museums. Overall, “female art museum directors earn 79 cents for every dollar earned by male art museum directors,” according to the AAMD. At small-to-midsize museums with budgets under $15 million, compensation seemed comparable between genders, with women slightly out-earning men, at $1.02 to each dollar earned by male directors. At museums with budgets over $15 million, however, women earned just 71 cents for each dollar earned by male directors.


The AAMD report dug in further, noting that salary differences correlated with the jobs that directors had held previously, and whether they were hired from an external search or promoted from within an institution. (Men were more likely than women to have been directors previously and to have been hired from outside, both factors connected to higher salaries.) In a New York Times article that summarized the report, several women directors commented on their individual experiences, and consultants shared intriguing perspectives on searching for and hiring museum directors.
As the AAMD says, “The art within our great museums reflects and shapes our culture…. [Museum directors] have an unrivalled platform to influence the role that art plays in our society.” The group advocates increasing diversity—in gender as well as race and ethnicity, which were not addressed in detail in this report—to ensure that a greater array of stories are told through museums’ art, programs, and communities.
But . . . what about that great Washington Post article, and all the women directors in the spotlight?
It seems like D.C.’s climate is indeed one to celebrate, but there is still progress to be made.
Download the full AAMD report here.