A World Apart: Anna Ancher and the Skagen Art Colony

A well-known and much-loved figure in Denmark, Anna Ancher is most admired for her paintings of interiors filled with light and color, influenced by Impressionism. Her work defies easy categorization, however, because her paintings reveal an affinity with the art of the past as well as various contemporary artistic movements. Ancher was a talented and versatile artist who created some of the most avant-garde works to come out of the art colony in the remote, northern town of Skagen, Denmark.

Working at the turn of the 20th century, Ancher and the other Skagen painters were influenced by the European art movements of Impressionism, Realism, Naturalism, and Symbolism, among others. The Skagen artists were part of the “Modern Breakthrough”—a literary and artistic movement in Scandinavia that paralleled the radical break with tradition that was taking place all over Europe, most notably in France. No longer interested in the idealization of subjects, the Skagen artists portrayed the everyday lives of the people around them. They also experimented with plein air painting (outdoor painting), a method practiced by Impressionist painters who sought to capture what they saw directly onto their canvases.

A World Apart: Anna Ancher and the Skagen Art Colony is the largest exhibition of Ancher’s work ever to be held in the United States. Including over 40 paintings by Ancher and more than 20 by her Skagen colleagues, this exhibition explores Ancher’s role as the only professional female artist within the colony and, in turn, her place in the history of western art. 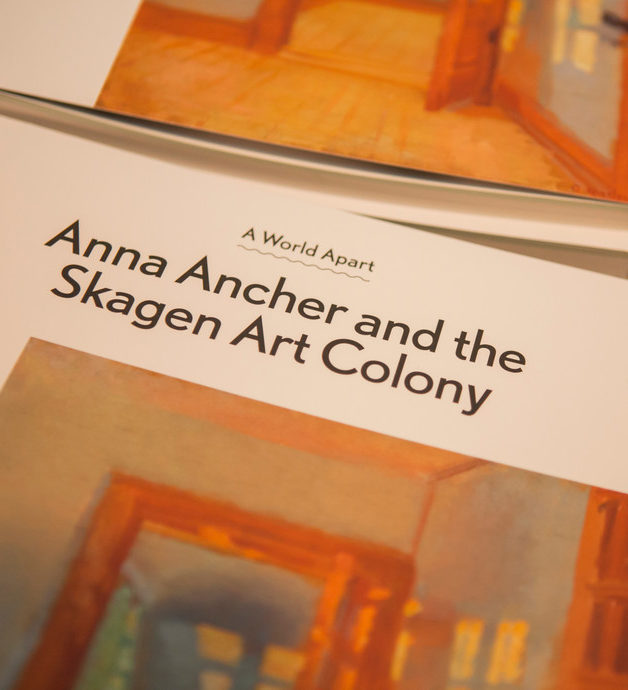 Exhibition brochure for A World Apart: Anna Ancher and the Skagen Art Colony

A World Apart: Anna Ancher and the Skagen Art Colony is organized by the National Museum of Women in the Arts, Washington, D.C., and Skagens Museum, Skagen, Denmark, in cooperation with Michael and Anna Ancher’s House, Skagen, Denmark.

The exhibition is made possible by the lead sponsorship of Oak Foundation, Denmark. Additional funding is provided by Beckett-Fonden, The Danish Foreign Ministry, The Danish Ministry of Culture, The Danish Agency for Culture, Queen Margrethe’s and Prince Henrik’s Foundation, Peter Flinch, and GE Foundation, with support from the Friends of Anna Ancher.

The museum gratefully acknowledges the invaluable assistance of The Danish Embassy in the United States.

A well-known and much-loved figure in Denmark, Anna Ancher is admired for her paintings of interiors filled with light and color, influenced by Impressionism.
View Profile 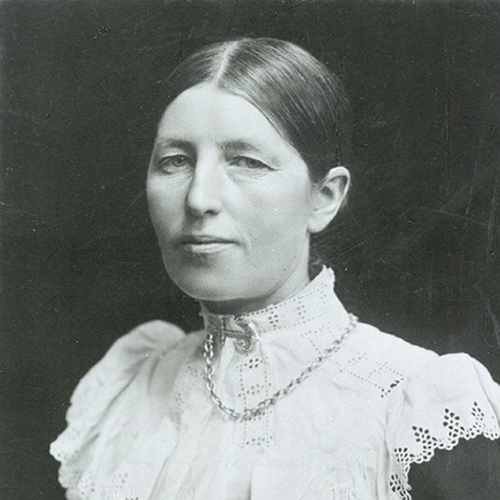 In honor of A World Apart: Anna Ancher and the Skagen Art Colony, on view through May 12, 2013, we’re researching other delightful, innovative, and interesting Danish women in the...