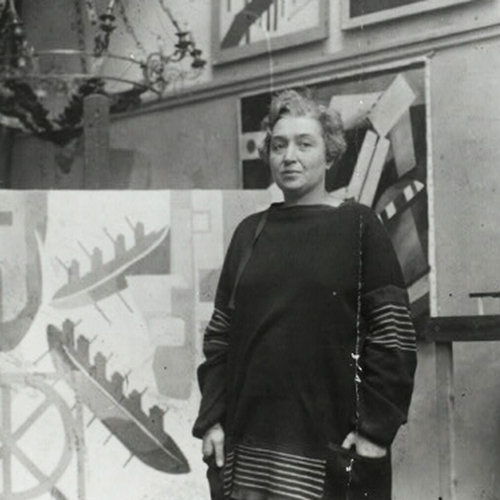 Born Alexandra Alexandrovna Grigorovich, she attended the Kiev Art Institute and married Nikolai Eugenovitch Exter. As a member of Russia’s pre-Revolutionary artistic avant-garde, Exter was close to other progressive artists, writers, and composers.

She traveled within Russia and throughout Western Europe, especially Paris, where she began exhibiting her work in 1912. She opened her own studio in Kiev and taught noted artists, including Pavel Tchelitchew. In 1916, when nonobjective art was still extremely rare, Exter created her first purely abstract paintings. Her set designs and costumes for a Moscow play won critical acclaim and launched her theatrical career.

For the next several decades, Exter produced innovative and influential stage designs for plays, ballets, and experimental films. Like many radical artists, Exter eventually left Russia, settling in Paris in 1924.

Exter continued experimenting with Constructivism and sometimes incorporated modern industrial materials such as celluloid and sheet metal into her futuristic designs. She remained an important influence through exhibitions, stage work, and teaching at Fernand Léger’s Académie d’Art Moderne.

With its asymmetrical arrangement of bright colors and unexpected forms, the costume looks more like one of Exter’s abstract paintings than a traditional theatrical costume. Her approach to such projects was influenced by Leon Bakst,... 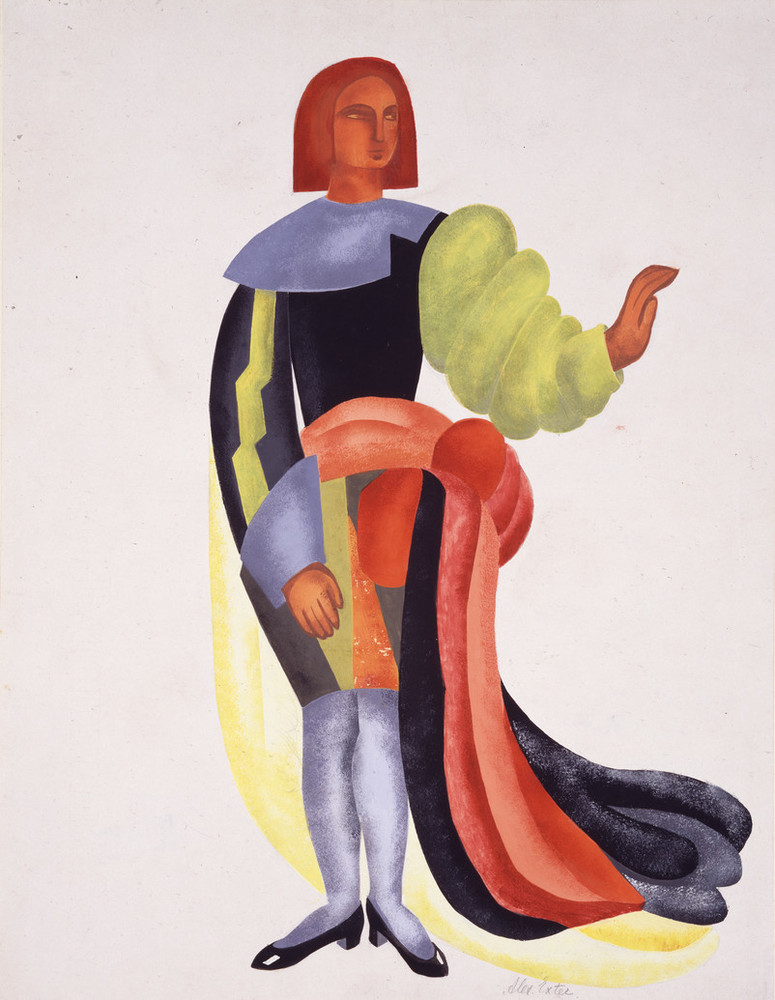 Aleksandra Aleksandrovna Exter, Costume Design for "Les Equivoques d'Amour", ca. 1933; Gouache and pencil on paper, 23 x 17 5/8 in.; National Museum of Women in the Arts, Gift of Wallace and Wilhelmina Holladay