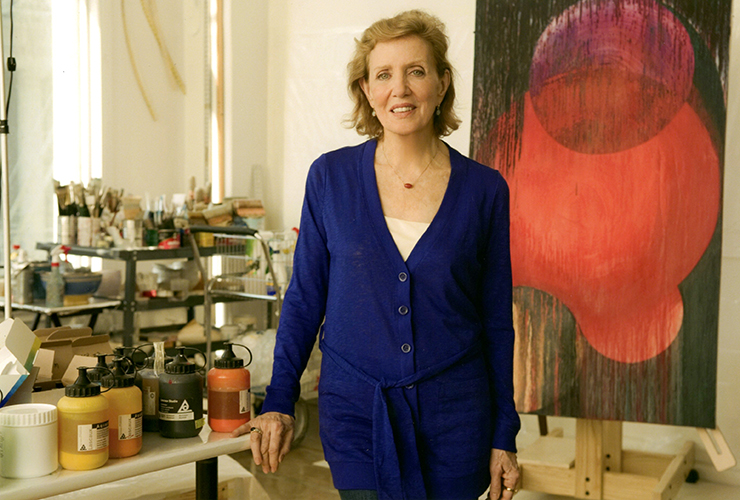 Since then she has produced numerous series of largely monochromatic works known as painted structures, inspired by such diverse sources as the Golden Section, Italian Renaissance frescoes, and Mandelbrot’s ideas about fractals. Rockburne’s body of work is unified by her desire to reveal processes; her creations are neither drawings nor paintings nor sculptures, but reside amid these categories.

Rockburne has taught in New York, Maine, and Rome; won awards from the Guggenheim Foundation and the National Endowment for the Arts; and had important solo shows in Europe, Canada, and the United States, including a major 1989 retrospective at Brandeis University.

Sheba is one of Dorothea Rockburne’s “Egyptian paintings,” a series of works evoking low reliefs through the interplay of light, shadow, surface, and plane.

As in most of the artist’s work, the title is simply a point of reference. Rather than a literal depiction of the historical Queen of Sheba, this work emphasizes the visual balance of related geometric forms and the... 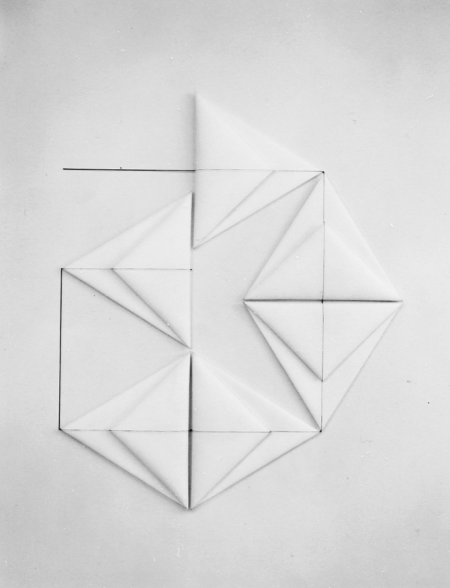