The biennial Salon of the Royal Academy of Painting and Sculpture in Paris was the preeminent exhibition venue for artists in the 18th century. In order to exhibit their work, artists had to be members of the Academy. Artists were voted in by other members after being presented formally by a current academician. For women, this was doubly challenging: their work had to be found as worthy as that of their male peers despite not having equal access to artistic training, and the total number of female members allowed at any one time was limited to four.

Élisabeth Louise Vigée-LeBrun and Adélaïde Labille-Guiard made history on May 31, 1783, when they were both admitted into the Academy. However, while Labille-Guiard was accepted via the standard application process, Vigée-LeBrun’s acceptance came about under different circumstances. The Academy was compelled to admit her under an edict from King Louis XVI, whose wife, Marie Antoinette, employed Vigée-LeBrun as a portraitist. With the admission of Labille-Guiard and Vigée-LeBrun in 1783, the Academy reached its quota for women artists, together with the portrait and still-life painter Anne Vallayer-Coster and miniaturist Marie-Thérèse Reboul Vien.

Perhaps unsurprisingly, works by women who exhibited in the Salon were compared and judged against one another, as were their characters. By placing themselves in the public sphere, Vigée-LeBrun, Labille-Guiard, and other women artists risked upsetting societal expectations, which held that virtuous women belonged solely to the private, domestic sphere. Despite this risk, these artists persisted in exhibiting in the Salon throughout the rest of the 18th century. This focus exhibition examines these women and their art as well as their artistic legacies—particularly that of Élisabeth Louise Vigée-LeBrun. 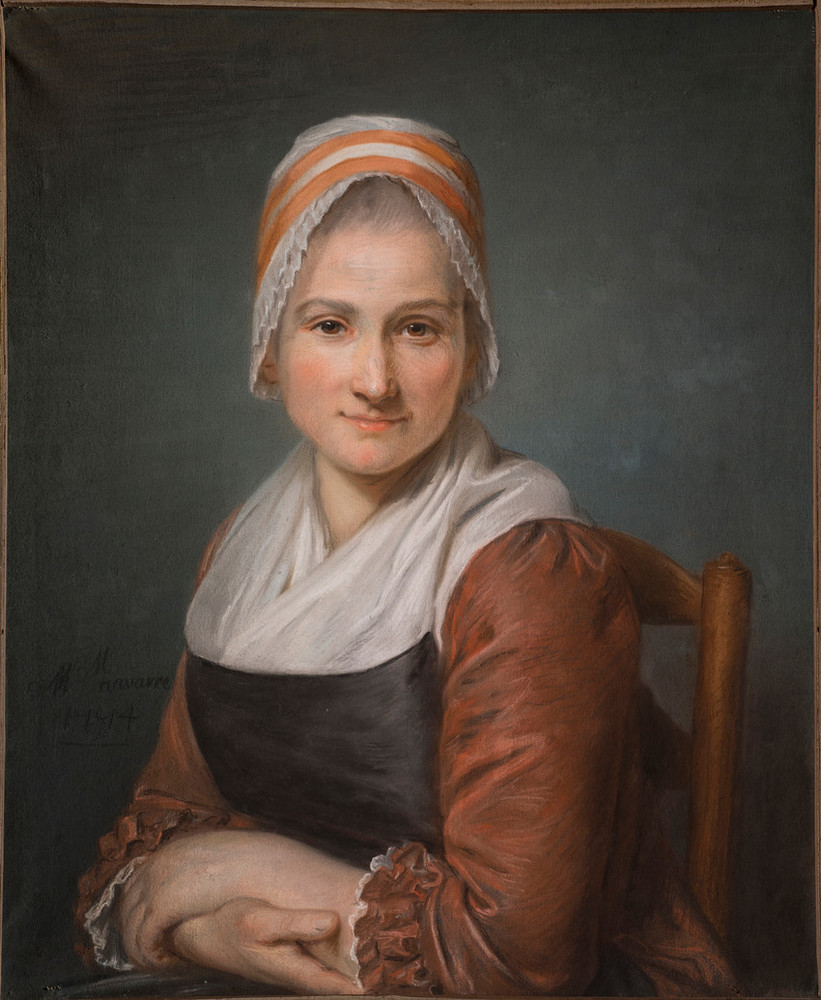 Marie-Geneviève Navarre, Portrait of a Young Woman, 1774; Pastel on paper, 24 x 19 3/4 in.; National Museum of Women in the Arts, Gift of Wallace and Wilhelmina Holladay

Salon Style: French Portraits from the Collection, presented in the Teresa Lozano Long Gallery of the National Museum of Women in the Arts, is organized by the museum and generously supported by its members. 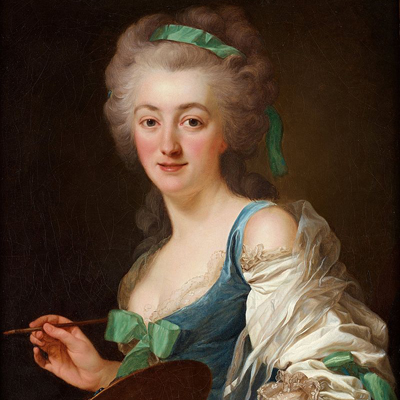 Marie-Geneviève Navarre’s ability to create compelling pastel portraits earned her recognition among the most esteemed pastelists of the 18th century.
View Profile

On View: Salon Style in the Eulabee Dix Gallery

In an effort to place more of NMWA’s collection on view to the public, the staff recently reinstalled the Eulabee Dix Gallery, located on the museum’s fourth floor, “salon style.”