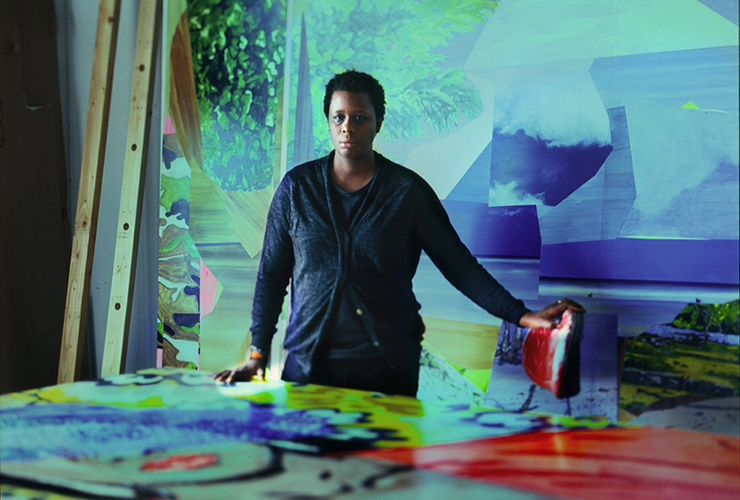 Inspired by art history as well as popular culture, Thomas’s works allude to sources ranging from 19th-century French painting to 1970s Blaxploitation films. Her acknowledged influences include Edouard Manet and Henri Matisse, as well as Romare Bearden and Pam Grier.

Thomas bases her paintings on her own photographs, which she reproduces in rhinestones, collage, acrylic paint, and enamel. Her African American protagonists sometimes mimic poses from Western painting tradition, especially those of white female nudes. But they do so while lounging in outlandishly patterned interiors and exuding an aggressive sexuality.

Thomas earned her BFA in painting from the Pratt Institute in Brooklyn, and her MFA in painting from Yale University, though she initially pursued a career in law. Her work is exhibited nationally and internationally in solo and group exhibitions, and she has held several residencies, including the Versailles Munn Artists Program in Giverny, France.

Mickalene Thomas explores and expands traditional notions of female identity and beauty through her rhinestone-encrusted depictions of African American women. The artist draws inspiration from art history and popular culture, so her imagery is as likely to reference nineteenth-century painting as blaxploitation films of the seventies. A-E-I-O-U and Sometimes Y, originally exhibited as part of a forty-panel installation at Lehmann Maupin gallery... 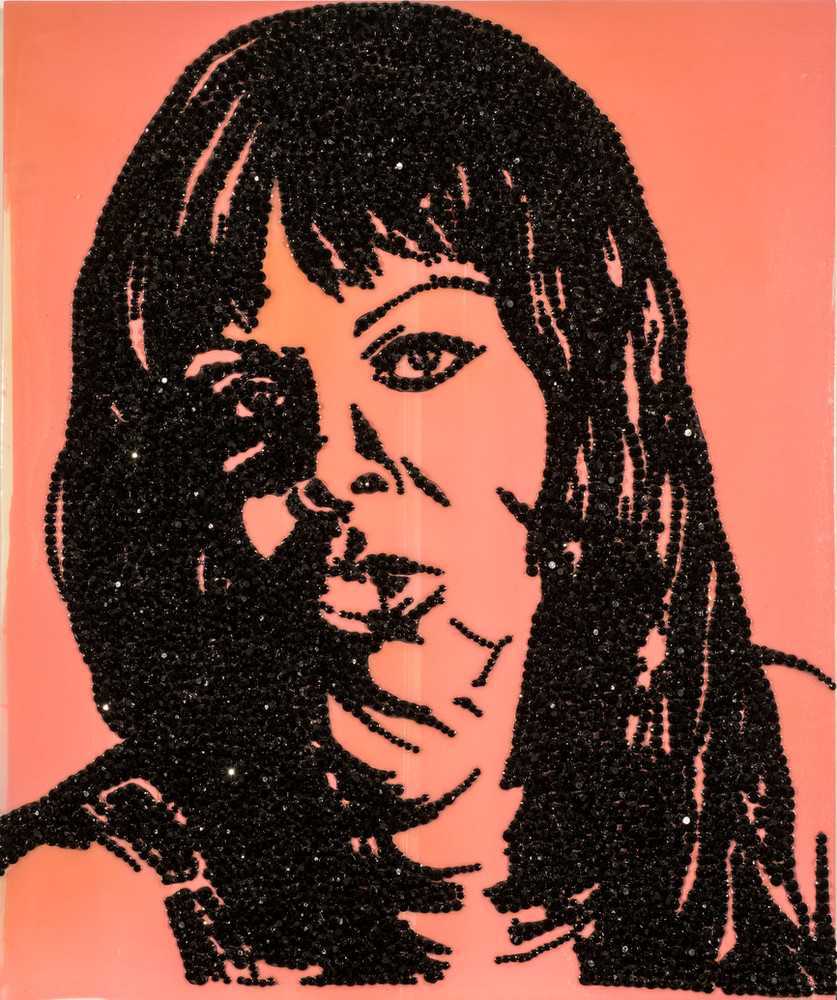 Mickalene Thomas, A-E-I-O-U and Sometimes Y, 2009; Plastic rhinestones, acrylic, and enamel on panel, 24 x 20 x 1 1/2 in.; National Museum of Women in the Arts, Gift of Deborah Carstens; © Mickalene Thomas, Courtesy of the artist and Lehmann Maupin: Photo by Lee Stalsworth

View All Posts About Mickalene Thomas