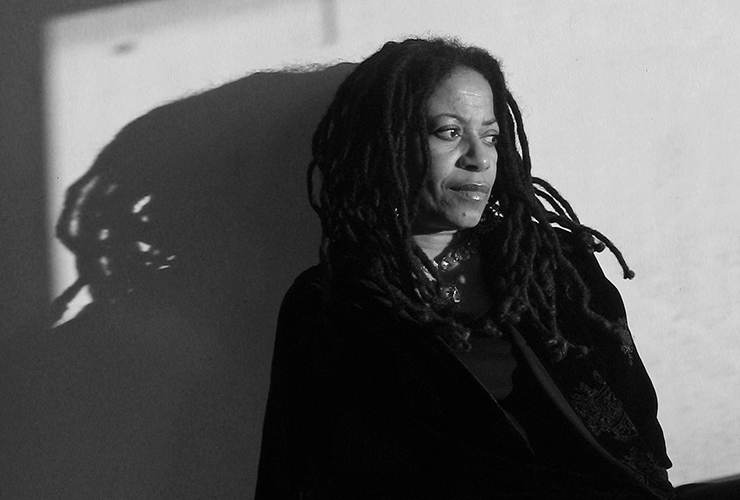 A 1980 graduate of Carnegie Mellon University, her career began with photo-realist paintings of everyday urban neighborhoods. Soon, she developed mystical interests, delving into ancient African traditions, magic, and her vivid imagination. Her fascination with fortunetellers and the healing power of Voodoo priests was on display in her 1993 exhibition at the National Museum of African Art, where Stout’s fetishistic pieces were presented alongside Kongo carvings, believed to have healing powers.

A dark edge of her artwork followed her move to D.C., where she witnessed sordid truths behind urban decay and city life. Rampant drug use and racial stereotyping are among the issues Stout directly confronts in mixed-media works. Fictional narratives with imaginary characters derived from the artist’s alter ego trace her personal history and spiritual journey as a woman and artist.

Stout’s prints, drawings, photographs, and mixed media installations have been exhibited in solo and group shows throughout the U.S., England, Russia, and the Netherlands. The artist, in collaboration with poet Carol Beane, won the NMWA Library Fellows Artist’s Book Award in 2008 for their work The Streets of Used to Be.

In creating Seven Windows, Renée Stout has taken the viewer into the world of Madam Ching, who serves as the artist’s alter ego. Madam Ching, a mysterious fortune-teller and root worker, functioned as a vehicle through which she could analyze the complexities of the self and human relationships.

Set up in the form of nine pages from a journal, Seven Windows situates the viewer... 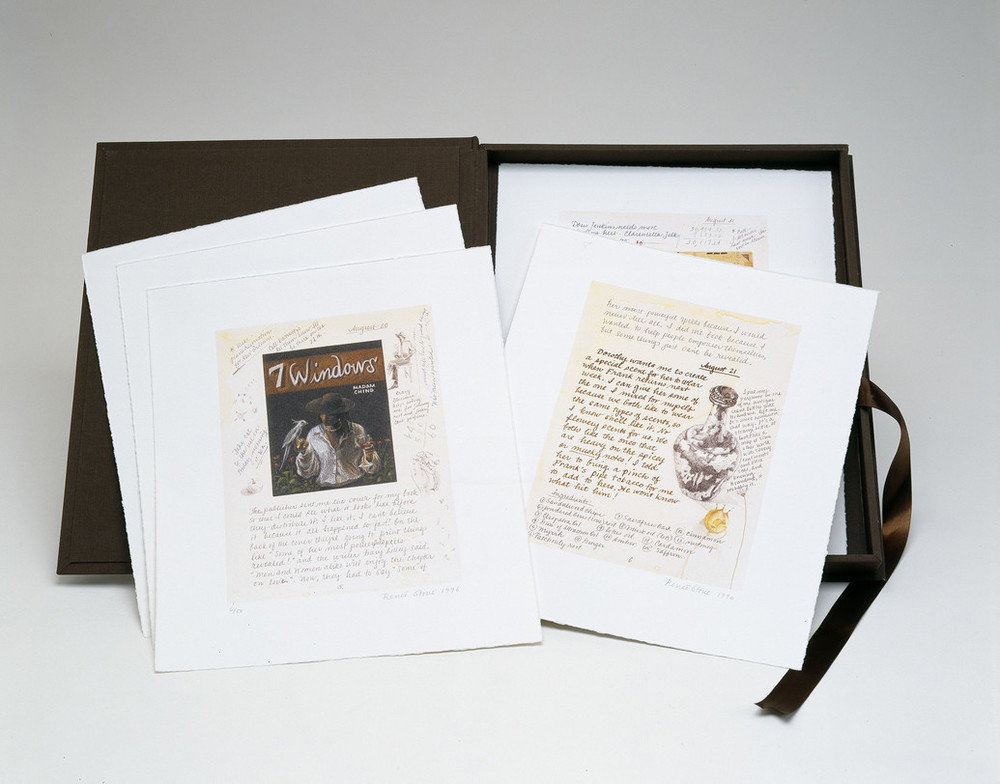