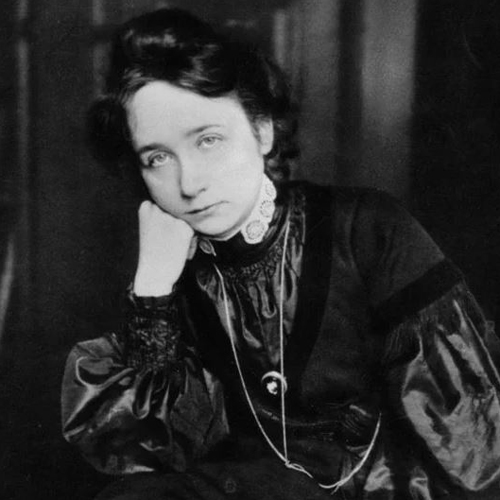 Photo courtesy of the Münter House

Münter was born in Berlin to upper-middle-class Protestant parents. Despite being raised in a family and country that discouraged women from a career in the arts, Münter eventually attended Munich’s progressive new Phalanx School, where she studied sculpture and woodcut techniques.

In 1902, Münter began a 12-year professional and personal relationship with the Phalanx School’s director, Wassily Kandinsky. They traveled together and in 1908 discovered the Bavarian village of Murnau, where Münter later bought a house.  Münter helped establish the Munich-based avant-garde group Neue Künstlervereinigung (New Artists’ Association) in 1909, and in 1911 she, Kandinsky, and several other artists left that group to form Der Blaue Reiter (the Blue Rider), an important Expressionist organization.

During World War I, Münter and Kandinsky went to Switzerland, but due to his Russian nationality, Kandinsky was considered an enemy alien, and returned to Moscow in 1914. Shortly thereafter, Kandinsky obtained a long-sought divorce from his first wife—but wed another woman instead of Münter.

After a period of relative artistic inactivity during the war, Münter returned to Murnau and started painting again seriously in the late 1920s. She continued to work in the highly stylized manner of her early career, which emphasized simplified forms and expressive use of line and color.

Breakfast of the Birds

Breakfast of the Birds exemplifies Gabriele Münter’s expressionist style: thick, rapid brushstrokes, heavy, dark outlines, simplified forms, and compressed space. In the painting, a woman, sits indoors at a table arrayed with a meal. We share her view of snowcapped trees and a host of birds through the window. The heavy looking draperies that frame the window add an element of... 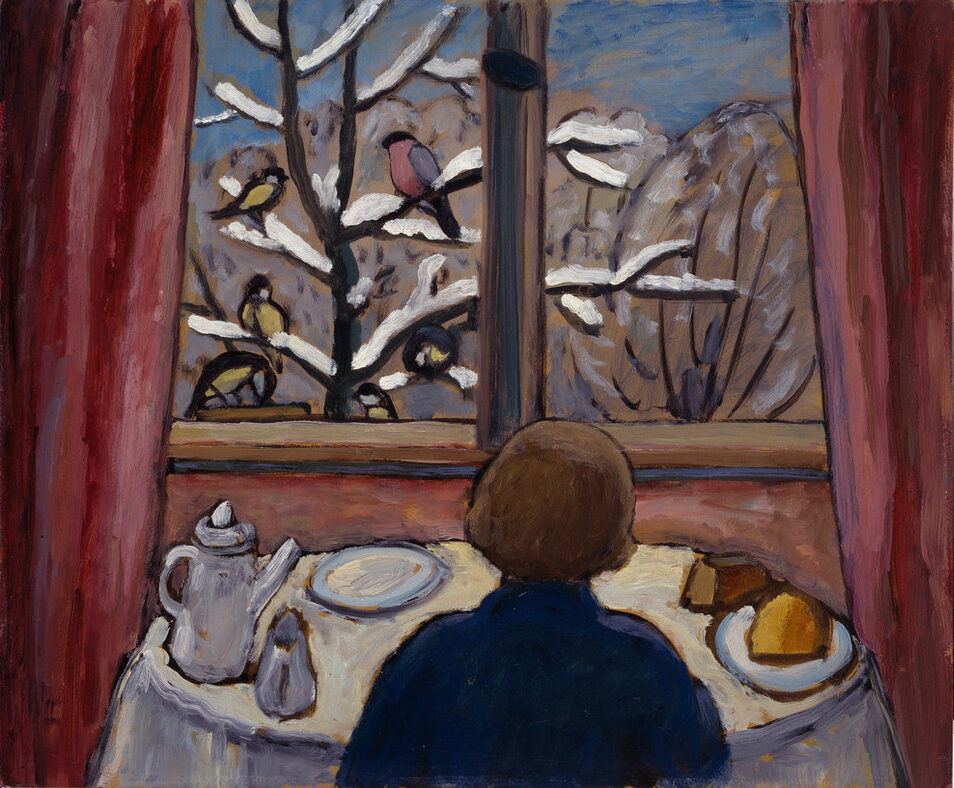 View All Posts about Gabriele Münter