Like many women artists of the time, Moillon came from a family of artists, in which she was exposed to the techniques of oil painting from an early age. Her father and stepfather were painters as well as art dealers, and her brother Isaac was one of the earliest members of the French Royal Academy of Painting and Sculpture.

Born and raised in Paris, Moillon lived in the neighborhood of Saint-Germain-des-Prés, an area of Paris that was an enclave of Protestant refugees from the southern Netherlands. Among these expatriates were artists who brought with them their tradition of tabletop still-life painting. Moillion, also a Protestant, was a leading member of this group, and with them developed her sober and dignified style featuring arrangements of fruit and flowers.

Moillon received lavish praise from her contemporaries and had several prominent patrons. Despite this, she seems to have taken a break from painting between the early 1640s and the 1670s. Most scholars believe that this was due to her increasing domestic duties after her marriage in 1640. Moillon and her husband, Etienne Girardot, had at least three children together.

Louise Moillon is best known for images such as Bowl of Lemons and Oranges on a Box of Wood Shavings and Pomegranates. The composition’s elegant simplicity complements her technique—she masterfully rendered the distinctive textures of the fruit, leaves, wooden box, and water droplets, giving the painting an almost photographic quality.

This method of illusionism, known as trompe l’oeil (fool the eye), was a... 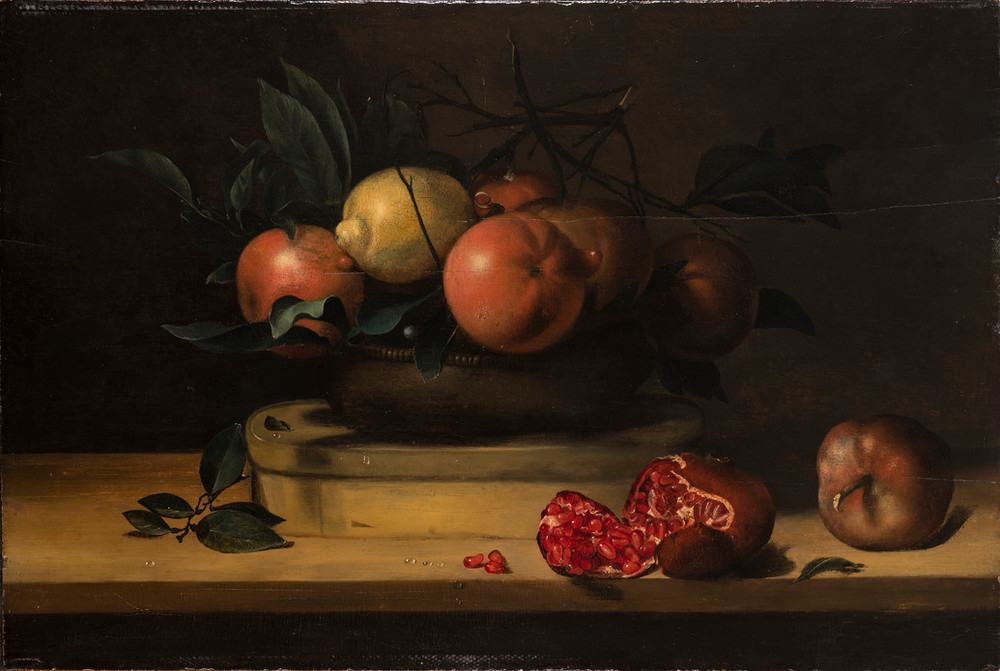 Louise Moillon, Bowl of Lemons and Oranges on a Box of Wood Shavings and Pomegranates , ca. 1630s; Oil on panel, 15 3/4 x 24 1/2 in.; National Museum of Women in the Arts, Gift of Wallace and Wilhelmina Holladay; Photo by Lee Stalsworth

From the Vault: Louise Moillon

Louise Moillon is an enigma. Born in 1609 or 1610 in France to a Protestant family, her works reflect a distinct Flemish influence, yet at the same time reject the vanitas symbolism that so often marks Northern still-lifes of the 17th century.