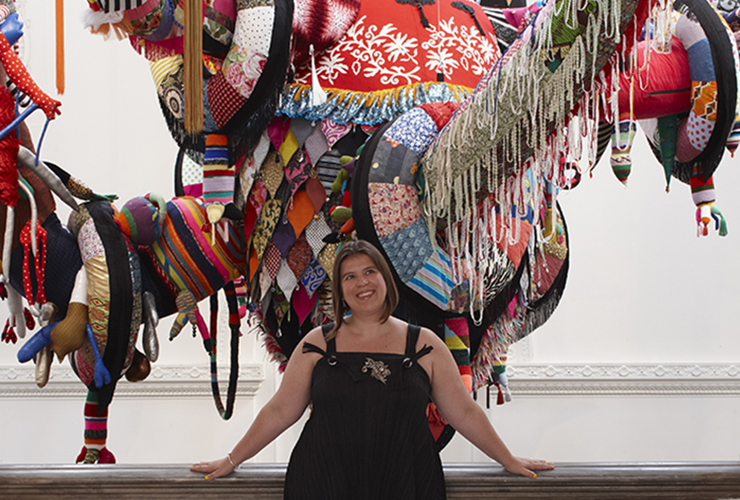 Vasconcelos creates large-scale installations, often with performance components, which encourage viewers to walk through and touch them.  She is also known for enveloping everyday objects—pianos, laptops, commercially produced decorative objects—in crocheted or knitted material. Through such works, she contrasts mass-produced and handcrafted and alludes to our values and associations with each.

Much of Vasconcelos’s work also confronts feminist concerns and societal conventions, paralleled by her use of techniques typically categorized as craft and associated with women, such as crochet and sewing.

Vasconcelos first attracted international attention at the 2005 Venice Biennale with A Noiva (The Bride), a chandelier crafted from 25,000 tampons. She was again the talk of the Biennale in 2011, with her installation “Contaminação,” which opened the group exhibition The World Belongs to You at the Palazzo Grassi.

Portuguese artist Joana Vasconcelos examines issues of national identity and consumer culture through works that test the boundary between “high” and “low” art. She is particularly known for enveloping everyday items—a piano, a laptop—in crocheted or knitted material. Because handmade textiles are universally rich with associations, Vasconcelos intends them to encourage multiple interpretations by viewers.

Named for a first-century leader... 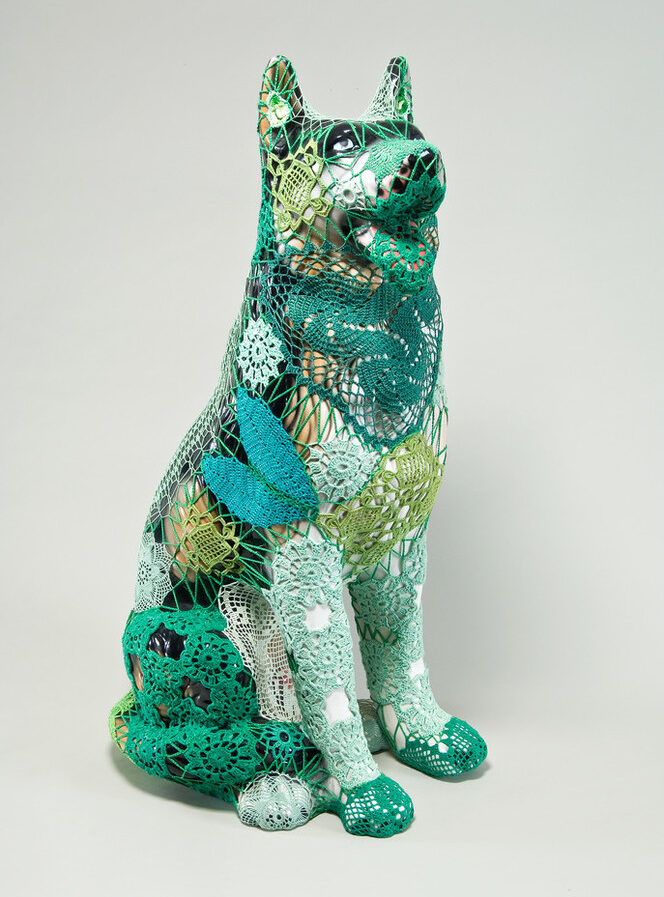 View All Posts about Joana Vasconcelos