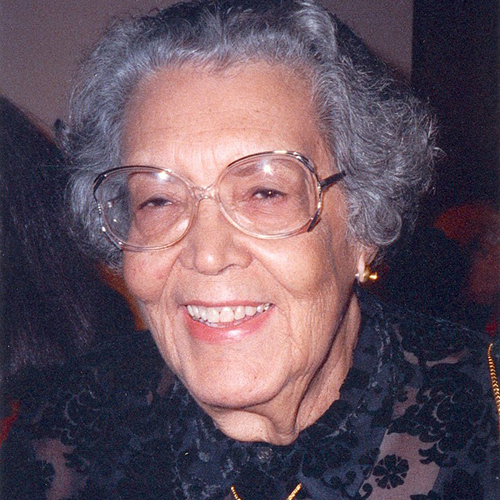 The granddaughter of former slaves, Catlett was raised in Washington, D.C. Her father died before she was born and her mother held several jobs to raise three children. Refused admission to Carnegie Institute of Technology because of her race, Catlett enrolled at Howard University, where her teachers included artist Loïs Mailou Jones and philosopher Alain Locke. She graduated with honors in 1935 and went on to earn the first MFA in sculpture at the University of Iowa five years later.

Grant Wood, her painting teacher at Iowa, encouraged students to make art about what they knew best and to experiment with different mediums, inspiring Catlett to create lithographs, linoleum cuts, and sculpture in wood, stone, clay, and bronze. She drew subjects from African American and later Mexican life.

In 1946, a grant from the Rosenwald Foundation enabled Catlett to move to Mexico City with her husband, printmaker Charles White. There she joined the Taller de Gráfica Popular, an influential and political group of printmakers. At the Taller, Catlett met the Mexican artist Francisco Mora, whom she married after divorcing White and with whom she had three sons.

Catlett taught at the National School of Fine Arts in Mexico City from 1958 until her retirement in 1976, producing realistic and highly stylized two- and three-dimensional figures. Her subjects ranged from tender maternal images to confrontational symbols of the Black Power movement, to portraits of Martin Luther King Jr. and the writer Phyllis Wheatley.

During the past 40 years, museums and galleries have held more than 50 solo exhibitions of Catlett’s sculptures and prints, including important retrospectives in 1993 and 1998. Catlett continued to make art through her mid-90s,  while dividing her time between New York and Cuernavaca.

Elizabeth Catlett’s art centers on the Black female experience. In her prints and many of her sculptures, she focuses on developing compositions with multiple figures.

Singing Their Songs is one of six lithographs that Catlett made to illustrate the poem “For My People,” written in 1937 by her friend, author Margaret Walker. The first line of Walker’s poem refers to Black... 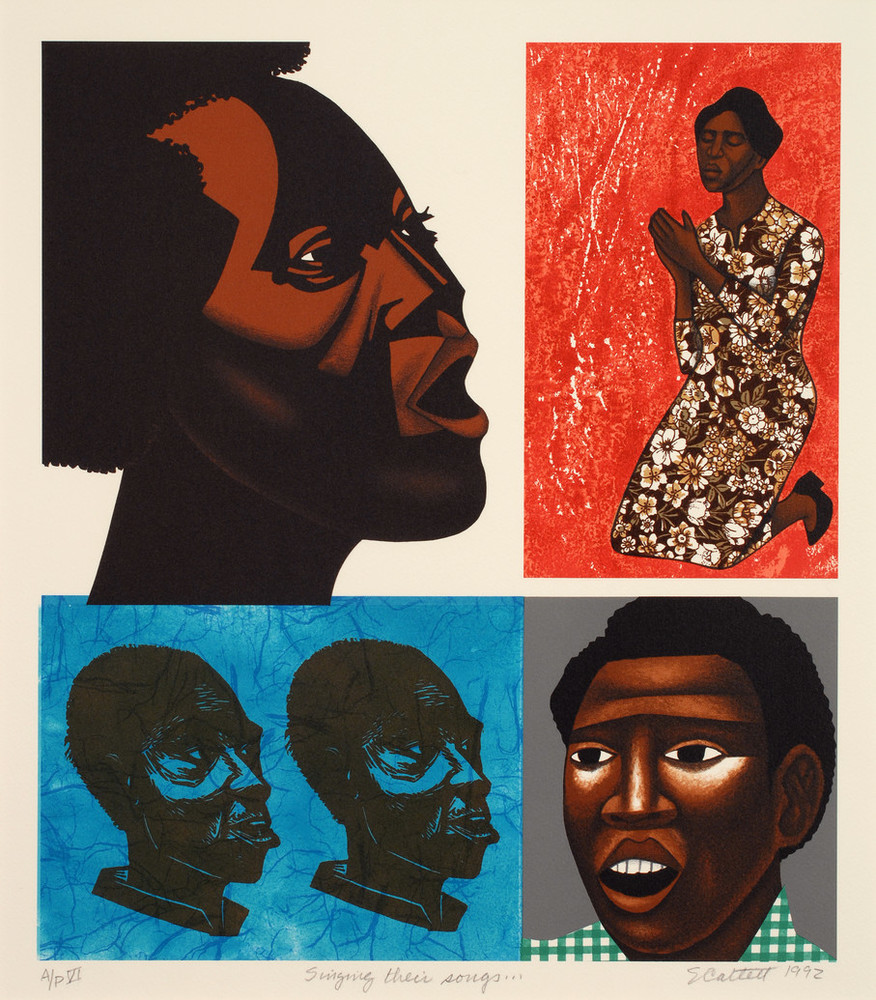 View All Posts about Elizabeth Catlett